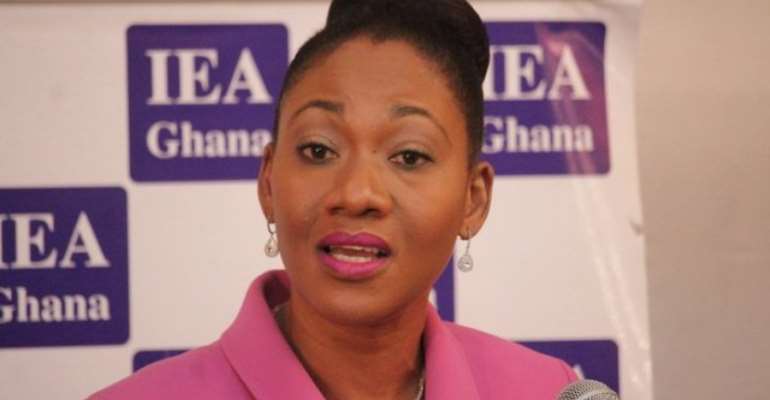 The Minority in Parliament has blocked the approval of a ¢1,890,000,000 billion budgetary allocation to the Electoral Commission (EC) for election 2020.

Minority claim the EC failed to furnish the House with a detailed breakdown of what the funds will be used for.

Deputy Minority Whip, Ahmed Ibrahim said the Minority will not support the release of the funds until they are fully aware of how it will be used.

In an interview with Joy News’s Kwesi Wilson-Parker, he said the Finance Minister has already released ¢1 billion, which they believe should be enough for the elections, and does not understand why the EC wants more and has asked Parliament to push for the remaining ¢890,000,000.

“Why is ¢1 billion not enough,” he quizzed, adding that if the EC wants the Minority’s support in pushing for the release of the funds, it must provide justification for it.

“Convince us. If we are going to appeal to the Finance Minister to add the reaming amount what is going to be our negotiating card.

“Let us know the detailed cost of the items you expect to spend the money, then when the Finance Minister comes, [we will make a case for you],” he said.

Mr Ibrahim who is also MP for Banda said the EC has been asked to submit to Parliament detailed estimates and expenditure for 2019 and the same for 2020 but has yet to make that available.

He said until that is done, they [Minority] will not support the release of that much money for election 2020 when there are other very important issues such funds can be used to address.

“You cannot write global figures. You don’t need ¢2 billion for election 2020. The ¢1 billion you have is enough,” he said.

The Deputy Minority whip further accused the Majority of ‘shielding’ the Commission anytime it is laid before the House adding that “Right from March, this House has been struggling to have a committee of a whole meeting with the EC.”

He believed that as a country, money must be disbursed and utilised judiciously.

“If you cannot account for how you spend ¢345 million – last year’s budget – how can you say that we should give you ¢2 billion. Give us details of the expenditure,” he challenged.