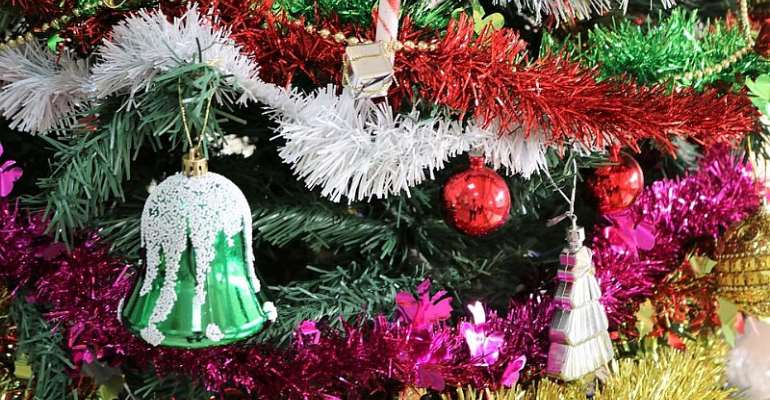 A research conducted by an Accra based group calling itself ‘Views Consult’ has disclosed that Ghanaian citizens will revel this year’s Christmas festivities in a state of abject hardship.

According to the report over 95% of 500, 000 people interviewed in Accra and other major cities across the country said they were going through very devastating hardships as the yuletide approaches.

As a result, citizens are calling on government to act as a matter of urgency to make the Christmas and New Year festivities more enjoyable.

These was contained in a release issued Friday afternoon titled “Ghanaians Celebrate Christmas in hardship’’.

The group stated that citizens on major suburbs of Accra, Tamale, Takoradi, Ho, Sunyani, Techiman, Koforidua, Cape Coast, Nkawkaw and Kintampo have expressed a state of hopelessness ahead of the yuletide due to the current economic situation in the country.

Founder and Leader of All People’s Congress (APC) , Dr Hassan Ayariga in a recent Christmas message to Ghanaians described this year’s Christmas as “Ugly Christmas” because there is no money in the system.

He cited the layoff of workers and worst of all, performance of the Cedi against major currencies as major reasons for the ‘Dry Christmas.

Find below the release:

Christmas is a family’s most memorable time of the year but the memories of Christmas for most Ghanaian families this year will be a bad experience due to the hardships they are experiencing.

The 2019 Christmas festivities will therefore go down in history as the most enduring for Ghanaians according to opinion polls.

The poll conducted by Views Consult, a research focused group was aimed at collating publics views and the readiness of citizens for the festive season.

The polls focused on people living in some selected areas of the capital city, Accra including Circle, Nima, Adabraka, Madina, Lapaz, Nungua, Agbogloshie, Kaneshie, Dansoman, Kwashieman, Awoshie, Dome, Ashiaman and Tema environs showed that majority of citizens are not happy about current economic situations in the country.

A visit to most markets in these areas indicates low patronage of items on sales as travelers and commuters walk about.

The market women complained bitterly about low sales claiming it is unprecedented.

Most of the respondents also attributed the hardships nature of state of affairs in the country to the depreciation rate of the cedi.

They also claim lack of payments to contractors has greatly contributed to the hardships because if they were paid for the works done, they will release money into the system for the benefit of others.

“Contractors who mostly release a lot of money in to the system so that we can also get our share to celebrate with our families have all not been paid” Kofi, a foes dealer in Accra claimed.

Some have also blamed Government for spending all the money on Free SHS which has denied other sectors of the economy including payments to contractors.

According to others, they will stay indoors during the festive periods because they don’t have the financial means to take their families to places of interest.

The respondents have therefore called on government to as a matter of urgency pay all contractors, and take measures to make the cedi stable in order to create a congenial atmosphere for the celebration of the Christmas.