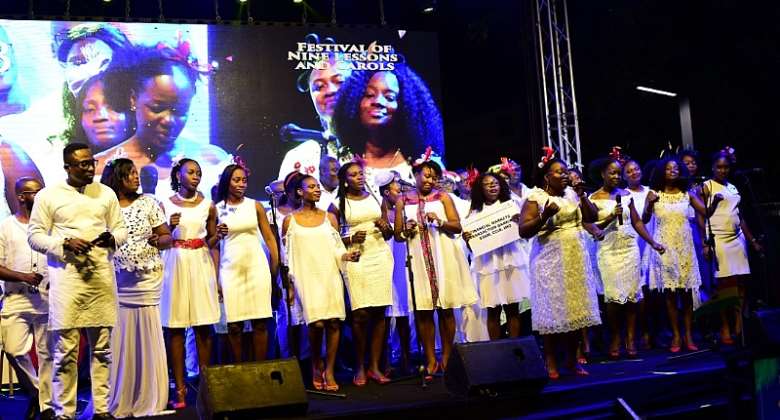 As part of activities marking the yuletide season, Standard Chartered, Ghana’s premier Bank, on the night of Tuesday, 17th December 2019 organized its annual employee thanksgiving service and festival of nine lessons and carols at the Head Office on the Independence Avenue, Accra.

The choral competition involved a total of nine teams made up staff from the different units and functions competing against each other to clinch the title of Best Performing Group.

The various teams took turns to read a lesson from the Bible and perform a Christmas carol. There was euphoria, excitement and occasional laughter from the audience as they took turns to perform to their overly excited team of supporters. The performances were exhilarating and intensely fun to watch as the night saw renditions and remixes of popular Christmas carols and tunes.

The competing groups were scored against costume, stage performance, entry-exit co-ordination, conductor performance, creativity and time management by a selected team of judges.

Mankessim murder: Another suspect grabbed at Akwakrom
34 minutes ago