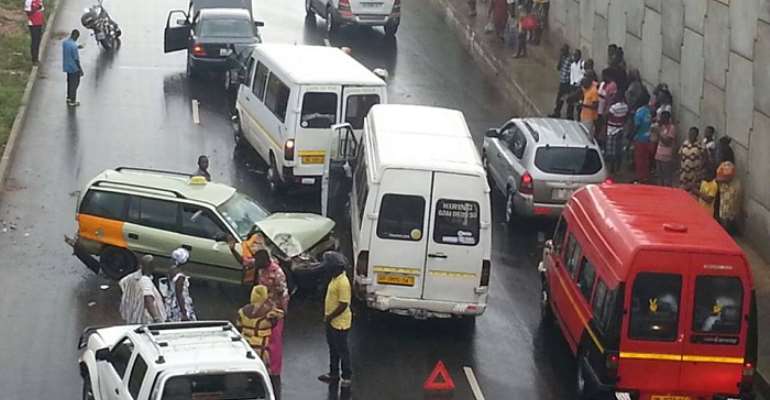 The Director for Planning and Programming at the National Road Safety Authority, David Osafo Adonteng, says high levels of indiscipline on the roads have led to a high number of deaths recorded in 2019.

According to the Authority, 2,083 lives have been lost to road accidents between January and November 2019.

This figure exceeded the estimated figure of 930.

“…provisional figures have already shown that as of November ending we have already recorded 2,083 persons but that notwithstanding we have seen a consistent reduction in various categories of road accidents but we still have a problem.

For example, when it comes to road users; drivers and pedestrians, the indiscipline is so bad. How come you have cried for footbridges between Madina and Adentan, now government will go and squeeze out money to put them there and you will say it is long?”

In a bid to reduce road crashes, the Akufo-Addo administration approved an action plan aimed at making roads safer.

The plan was to focus on sensitisation, law enforcement and improving road signages.

The government committed to providing at least GHS 335 million a year to the Ghana Highway Authority, Department of Urban Roads and Department of Feeder Roads to provide signage and road marks over a three year period.