GHS62m On Foreign Trips: Stop The Mischief – Gov’t To Forson 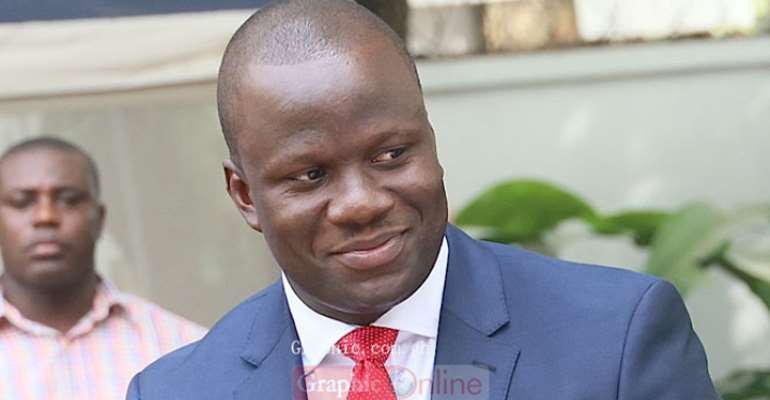 The Presidency has refuted claim by the Minority in Parliament that President Akufo-Addo is engaged in excessive public expenditure following a revelation by the Ranking member on the Finance Committee of Parliament, Mr Cassiel Ato Forson.

Ato Forson revealed that the President spent GHS62.5 million on foreign travels in the first nine months of 2019.

The breakdown of the expenditure by the Office of Government Machinery as part of the budget estimates, indicates that about GHS63 million was spent on foreign trips, GHS5.8 million on hotel accommodation in Ghana and GHS1.9 million spent on refreshments while GHS68.9 million was spent on operational enhancement expenses.

The office is currently requesting Parliament to approve GHS5 billion to finance its activities for 2020.

The Minority has raised issues with the figures and demanded that the Chief of Staff provide a breakdown of how the GHS3.4 billion approved by Parliament in 2019 for the Presidency was expended.

But the Presidency has justified the expenditure saying every amount expended is still within the budgetary threshold of GHS222 million.

A deputy Chief of Staff, Mr Samuel Abu Jinapor, in defending the expenditure, added that President Akufo-Addo is committed to protecting the public purse.

He told Accra-based Joy FM on Friday, 20 December 2019 that: “The global budgetary allocation for goods and services for which foreign travels is a component; the office has kept within budget.

“The global figure, which was approved for the office of the President or the secretariat of the Chief of Staff sums up to the amount of GHS222 million. As we speak, the amount we've spent is less than the approved amount, so, these expenditures are budgetary allocations approved by the Parliament of Ghana and approved by the Finance Committee of Parliament of which Honourable Ato Forson is a ranking member.”

Mr Jinapor explained: “When we talk about foreign expenses for travel, we are not talking about the President alone, we are talking about the president, vice-president, other high-ranking officials of the presidency and even more importantly, the part that takes a chunk of the cost, we are talking about envoys. All of that we classify as foreign travels, so, the opposition and those who want to perpetrate mischief are always very happy to put it that the president alone has been travelling for the past nine months and the cost of it is GHS60 million”.