Confronting Our Demons In Corruption: If Foh-Amoaning Can’t Help, He better Let Others Do it 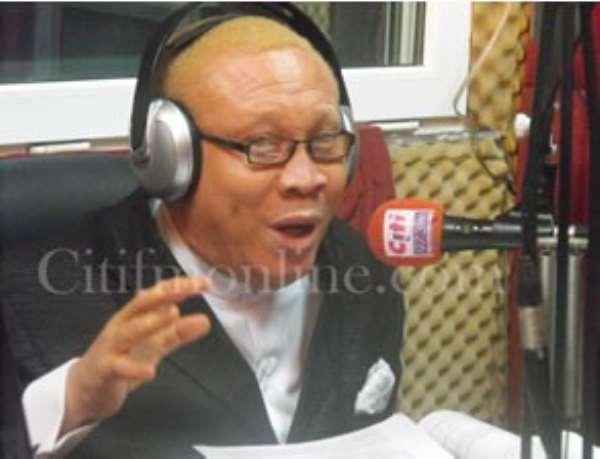 If what the Media reported as Professor Foh-Amoaning’s reaction to the Australian Ambassador on Ghana’s corruption is true, we ought to be alarmed that Ghana is losing her source of good advice to her leaders. The Professor is reported as retorting to the Ambassador that corruption in Australia is worse than in Ghana. If that is the Professor's excuse for our persistence in corruption, which seems to be justifying doing nothing about the status quo, then the Professor better leave the classroom because he does not seem to have anything better to teach our Students.

What the Professor did amounts to the same old stupid rebuff of our Political leaders against any genuine criticisms by foreign observers that since we are our own free country now, no foreigner, especially, White folks, should dare criticize us. It is most shameful that the Professor could not effectively counter the Australian Ambassador's assertion, but only ranted on for hearing such criticism coming from the Diplomat.

The attitude that since evil exits in some other place, too, anyone from that location has no moral right to complain about our intransigent persistence in immorality, is totally unhelpful. If Ghana could attain half the level of integrity that exists in the Australian system, she would be galloping ahead of most countries in developments and eradication of poverty among her Citizens.

Besides, what level of corruption does the Professor claim to exist in Australia that compares with that of Ghana? In all fairness, no one is perfect; no country is without corruption; no Nation is wholly angelic. However, it is the relative morality that plays most into situations like this. What if someone had said that since there may be dirt roads in Australia, nobody from Australia should ever complain about the inadequacy of tarred roads in Ghana?

That is how silly the Professor's argument and insulting rebuttal to the Australian Ambassador is. We should all admit that it is hard to take criticisms. And, we often feel insulted if our critics adopt a certain condescending tone to expose our faults.

Nevertheless, however the criticisms are laid out does not change the fact of the existence of our faults. So, a much better way to handle any such criticism is to humbly concede the faults, and promptly begin to correct them because it is in the best of our interest to do so.

We must also concede that we might have thrown away our baby with the bathwater, regarding our attitude towards corruption. When J. J.'s AFRC came upon the scene in the late 70s to inject some harsh sense into our heads to stop "Kalabule", a notorious extreme version of corruption Ghanaians had so termed, it took the Military Junta only 90 days to kick our moral recovery into gear, and not a soul dared indulge in corruption on their watch. As brutal and inhumane many of us claim the AFRC's approach was, we, indisputably, recognized the flaws and immediately adjusted to live with maximum integrity.

Traders who had been hoarding products and insensitively jacking up prices to sky-high to the detriment of all customers would chase after you to give you any small change that you might have forgotten to take back. The Police stopped taking bribes at the barriers; the School Principals and Headmasters stopped collecting bribes to admit students to schools, and frantically found ways to restore Scholarships that had been sold to other unqualified students; Government Officials suddenly became more accountable and Civil Servants stopped taking bribes before offering their services to the Public, and they were more punctual in acting upon issues; and many more activities looked sanitized of corruption, across the land.

However, soon after the AFRC handed over to a Civilian Administration, and people increasingly showed their abhorrence to Coups, many resumed corruption, again, with vengeance. We have since progressed on that path of condemnation of all that the AFRC did, and even come to refuse to admit that corruption abated under their short reign. No wonder then, that the subsequent return of Rawlings to power in 1981with his PNDC did not receive the same level of acceptance as was the AFRC, and was reported to have gotten tainted with corruption, too.

But, worse, we increasingly allowed ourselves to be led by some of those who used to benefit most under the 'Kalabule' system, and could have been direct victims of the harsh AFRC measures and their sympathetic relatives to resurrect the same horrible level of corruption with impunity, once again.

This is the state of recidivist entrenchment in corruption we find ourselves in today. Had we learnt any lessons in humility from all the pain of the AFRC era, we might not, subsequently, have had "Babies with sharp teeth" to be ravaging our treasury; we would not be seeing dubious Oil deals forged in secret to offer two people related to a President more than 1/3 of what the whole Nation had; we would not have Abacha doling Millions of Dollars to Rawlings that he could hide and spend in luxury, in an ostensible scenario of "if you can't beat them you, you join them"; and we would not be seeing PDS and similar corrupt behaviors as existing today. So, where has Professor Foh-Amoaning been all these years?

It is by no accident that hundreds of mushroom Churches led by fake, blasphemous Clergy have sprung up all over the place in the Country, amidst our self-delusional claim of being a top Christian Nation. The founders of these Churches came to realize that it is most profitable to perpetuate corruption under the cover of Religion. After all, we are supposed to learn more from the good old America where similar religious entities thrive with their leaders even flying their own private jets upon budgets supported by the so-called mandatory tithes from poor Church members. The Australian Ambassador and the other from Holland were all correct, and deserve to be commended for boldly telling it as it is, even if we feel scolded by their complaints.

So, if the 'honorable' Professor has anything to offer to help us cleanse our sinful and destructive habit of corruption, let him submit his thesis on it for serious consideration rather than shamelessly attack these foreign observers who are telling us the truth about our flaws that are keeping us stuck in poverty and under-development, as our resources wane rapidly.

Sadly, Ghanaians cannot even, now, criticize one another without swaying into partisan and tribal rancor that leaves the core issue still unresolved. Barely any progress holds even if it initially emerges with some rare visionary suggestion. And, as our Treasury keeps being looted, we continue to reach outside to other Nations to bail us out, often with hefty cost of interests that sinks us even further down in debt. Should we continue to let our Pride hinder our judgment in conceding our failures and honestly trying to solve them? Should we continue to blame the Whiteman for all our own cannibalistic, self-destructive behaviors? And, how long can we sustain this attitude of antagonizing the very Nations we tend to go begging from for Aid, after squandering our own Resources and what they even give us to supplement our efforts? We need to wake up and fix our broken system, now! And, if the Foh-Amoanings can’t help us do that, they better butt out and shut up!