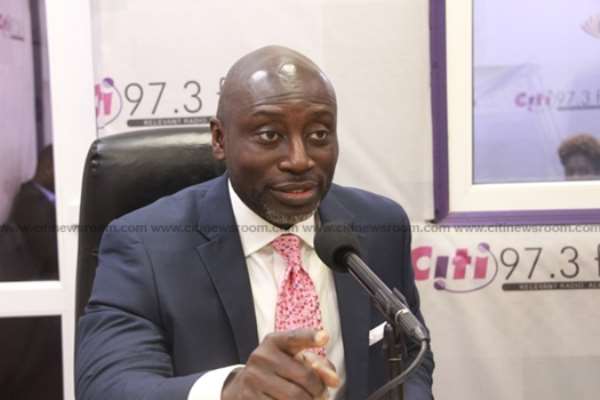 A private citizen, Kofi Koranteng has announced his intentions to contest the presidency as an independent candidate come 2020.

Mr. Koranteng is an established businessman and former CEO of the Progressive Alliance Movement, the organization that challenged the Electoral Commission (EC) to institute the voting rights of Ghanaians living abroad.

In an address to the press on Thursday, he noted that the two major political parties, the New Patriotic Party (NPP) and the National Democratic Congress (NDC) have for the long run the country like an organized crime syndicate and it is time to kick them out.

Mr. Koranteng is confident he is the man to place Ghana on a deserved pedestal.

“I can spend days speaking about the excesses enjoyed by the ruling parties who run the country like an organized crime syndicate. Instead of dwelling on the past, I want to reinvigorate our political dialogue with an agenda that applies to the lofty goals of our national constitution. The constitution of Ghana is a framework for a sovereign rule that has been chipped away at its foundation by the corruption, secrecy and exploitation of the people by the ruling leaders of the NDC and NPP.”

“Today, I Kofi Koranteng announce my candidacy for President of Ghana with a platform that is based on the hopes and dreams for a just government as set forth in the preamble constitution of Ghana,” he stated.

In March this year, a chartered accountant, Marricke Kofi Gane also announced his decision to run for President in next year's polls as an independent candidate.

A pro-Gane group announced his intent in a press release, saying Mr. Gane “was not tainted by Ghana's political system and as such, he brings refreshing creativity, inclusiveness and objectivity to how politics is done.”

Gane was quoted as saying “Our generation is a bridge – the only remaining bridge between the truncated dreams of our forebears and the eager hopes of posterity unborn. We have no choice but to disrupt every faulty status quo and make Ghana work for all of us. It is a grave burden that will demand more from all of us collectively. God has indeed blessed our homeland Ghana. It is we, who must now make her great and strong.”