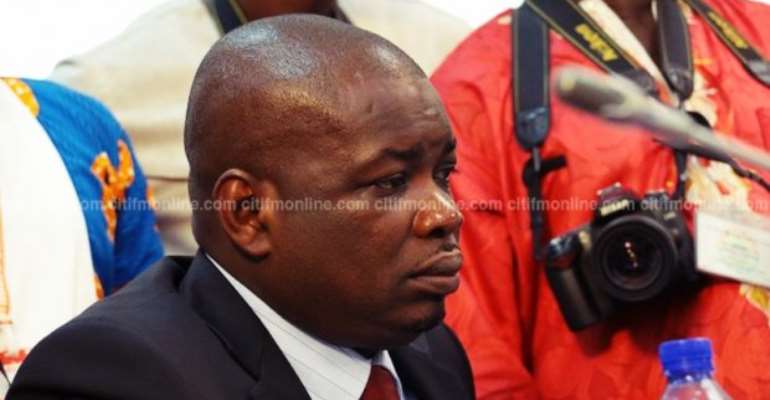 The Minority in Parliament has expressed worry over the poor attitude of Ministers towards the current exercise of approving budget estimates in the house.

As at 11 am on Thursday, the Ministers scheduled to present arguments for the approval of the budgets for their respective Ministries were absent.

The Speaker nevertheless allowed business to proceed on the floor.

The Member of Parliament for the Adaklu Constituency, Kwame Agbodza expressed his concerns in the House.

“We've been chasing some individual Ministers who are even members of this House and for a few days now. They come and show their faces for ten minutes and leave the House. Mr. Speaker, it is not fair to those of us who diligently come to this House to work on time. We are encouraging majority to whip our Ministers to come into the House and deal with their reports,” he demanded.

Background
The Speaker of Parliament, Prof. Mike Oquaye gave the order for the Finance Ministry to quickly make available various budget estimates to the House for scrutiny weeks ago.

After the debate on the budget statement was concluded, the MPs still complained about the non-availability of the estimates for Ministries, Departments and Agencies to be considered before the passage of the appropriations bill.

The matter generated debate in the House, causing the Speaker to give the order.

Prof. Oquaye described the concern raised as “a genuine one.”

He stressed that “budget estimates must quickly follow the debate so that we can efficaciously do our jobs.”

Meanwhile, more than a week after the budget statement was approved by the House, not a single estimate had been considered due to the late delivery of the sectorial estimates to the House by the Ministry of Finance.

Due to this, Parliament on December 5 changed its plans for sitting to allow members ample time to consider the 2020 budget estimates.

The House was to convene at 12 noon to begin business instead of the usual 10 am.