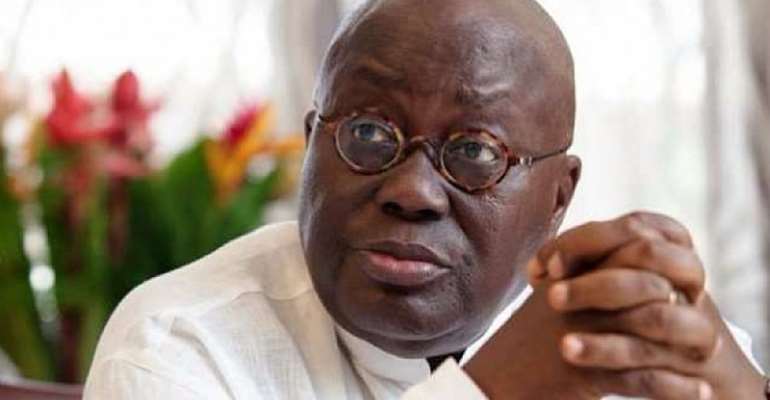 And that lesson, of course, is “Be a citizen, not a spectator.” Indeed, he may be genuinely caught between the metaphorical rock and a hard place. Still, a critical reading of the public missive or open letter that was recently written by Mr. Manasseh Azure Awuni, the locally renowned award-winning Ghanaian journalist, to Mrs. Joyce Bawa Mogtari, the former Deputy Transportation Minister, clearly indicates that while, indeed, President Addo Dankwa Akufo-Addo’s administration, according to many of the former Justice Minister’s critics, may be aptly seen not to be quite up to snuff or on par with anticipation and expectations, nevertheless, when it comes to the President’s much-touted integrity and incorruptibility in the epic battle against official corruption, in the opinion of this trenchant Akufo-Addo critic the latter’s actual performance on the ground leaves much to be desired; nevertheless, according to Mr. Awuni, it absolutely goes without saying that the pathologically megalomaniacal former President John Dramani Mahama has yet to remarkably demonstrate to the Ghanaian electorate that he is a viable and a serious comeback alternative to the present incumbent. This is about the closest to a public endorsement that the former Multimedia correspondent and Akufo-Addo detractor has come vis-à-vis his prime target of tirade and vilification in the leadup to the 2020 Presidential Election.

As well, in the opinion of Mr. Awuni, the prolonged and adamant refusal by Mr. Mahama and his henchmen and associates of the main opposition National Democratic Congress (NDC) to express heartfelt remorse by soberly admitting that they royally messed up the country’s economy and the quality-of-life standard of the average Ghanaian citizen during the protracted four-and-half years that the former Atta-Mills’ arch-lieutenant held the democratic reins of governance, with less than a year to go before the next election, may be having a seismically adverse impact on the fortunes of the 2020 Mahama Presidential Campaign (See “Manasseh Writes: Dear Joyce Bawa Mogtari, if the NDC Wants to Come Back, it Must Admit it Messed Up” TheGhanaReport.com / Ghanaweb.com 12/19/19). It is quite obvious from his open letter that Mr. Awuni is fast becoming disillusioned with his new-found political messiah, the self-proclaimed “North Star,” and at the same time sharply conscious of the fact that even a “Rebounded” Mr. John Dramani Mahama can absolutely in no way be aptly or credibly perceived to be a viable alternative to the relatively far more visionary, progressive and inimitably competent Nana Addo Dankwa Akufo-Addo, even if the latter did not seem to be sanguinely performing up to the level of performance promised Ghanaian voters in the heat of his presidential electioneering campaign in the runup to the 2016 general election.

According to the extremely reluctant Akufo-Addo-leaning Mr. Awuni, while, indeed, the former Foreign Minister in the government of Mr. John Agyekum-Kufuor may be inescapably guilty of woeful underperformance, and the critic, by the way, does not provide any substantive or credible evidence to shore up his claim, nevertheless, in the opinion of the self-proclaimed “Bongo Boy,” it is Mr. Mahama who is in the far worse and precarious position, with less than 12 months to the 2020 Presidential Election. For starters, the former President, according to the author of “The Fourth John: Reign, Rejection and Rebound,” a largely propagandistic spiel for his eponymous subject, and the very politician that Mr. Awuni once witheringly exposed in the Ford Expedition Payola Scandal, also involving Mr. Jibril Kanazoe, the Burkinabe contractor, as well as described as hopelessly corrupt and promiscuously and incurably so, is saddled with the leaden burden of abject denial and a self-righteous lack of acceptance of the fact that he was nothing near where and what most Ghanaians expected of the caliber of their Commander-in-Chief. Which simply means that with less than a year before Ghanaians, once again, head to the polls to decide who gets to govern them and their country for the next four years, Mr. Mahama clearly shows that he has absolutely no clue about the fact that in spite of the many foibles of President Akufo-Addo, still, it goes without saying that the Mahama Presidency was an apocalyptic failure of unprecedented proportions.

While he does not specifically use the preceding words, nevertheless, Mr. Awuni wants the former Communications Minister in the government of President Jerry John Rawlings to fully appreciate the fact that his abject refusal to accept the fact that Mr. Mahama was an apocalyptic failure as President of Ghana, pretty much eloquently vindicates the observation of those critics who have argued that the former National Democratic Congress’ Member of Parliament for Gonja-West, in the present-day Savannah Region, may be too presumptuous or arrogant for his own good. Especially so, notes Mr. Awuni, is the rather scandalous assertion by Mrs. Joyce Bawa Mogtari, the former President’s cousin and Special Aide, that most Ghanaians have regretted voting out “Mr. Dumsor” in the 2016 Presidential Election. No such assertion could be more preposterous, in the opinion of the ardent Akufo-Addo critic. But even more damning, the former Senior Correspondent of Multimedia’s Joy-TV and Joy-FM Radio stations also notes that, to-date, the Mahama Presidential-Election Campaign has yet to unfurl or roll out anything that resembles a viable manifesto or development agenda.

Which simply means that in spite of all the tough, boot-for-boot, talk and promises of a thoroughly retooled Candidate Mahama, the latter is still a veritable painted bird that woefully lacks “flyable” and “flappable” wings. I also found the following Awuni analogical comparative imagery of Mr. Mahama and Nana Akufo-Addo to be quite fascinating, if also because it quaintly and unmistakably delineates Nana Akufo-Addo as a leader and a personality of far more redeeming features and qualities than his much younger challenger, even if he is also naturally flawed like all great leaders: “You marry a man who beats you so badly and [so] you [decide] to divorce him because you fear for your life. Unfortunately, your next husband holds a PhD in advanced infidelity; he would sleep with any woman who gives him the least opportunity.” Now, any avid and studious observers of Fourth Republican Ghanaian political culture fully well know that the “PhD in advanced infidelity” pretty much describes Comrade Spare-Tire Mahama far more than it could ever credibly describe our Giant Dwarf, arguably the most visionary, dynamic, indefatigable and progressive postcolonial Ghanaian leader. The factual irony of all this is that Nana Akufo-Addo may also very well be the most responsible and most patriotic Ghanaian leader of his generation.