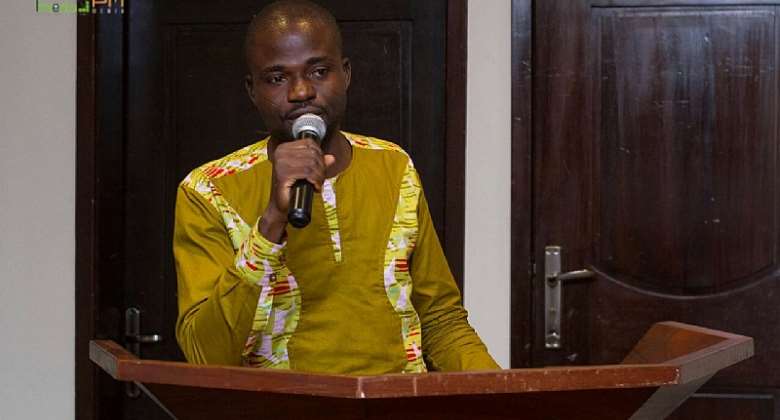 Dear Manasseh, my name is Issifu Seidu Kudus Gbeadese, a Kamara boy from Laribanga in the Damongo Constituency, a constant reader of your articles. I am particularly in love with the dexterity with which you write and present your views. At least I owe it an obligation to be proud of a Northern brother.

This afternoon, I have taken my lunch with one of your letters which couldn’t find space in your folder but came as one of the numerous disjointed after-exile episodes. You wrote a letter to my elder sister, Hon Joyce Bawa Mogtari, who speaks for and aides the Former President in his small office here in Accra. Your letter was addressed to her on an account of an observation she made on Citi FMs Point Blank with Umaru Sanda on the 16th of December, 2019. Sister Joyce’s crime was because she reiterated the disappointments and regrets that the every day Ghanaian expresses in Obosokai, in Makola, at the Ports and in the local markets...some of same you, Manasseh have expressed over this three year period of the Nana Addo administration. This issue of having to always use John Mahama and anything NDC to clean your mouth and clear your throat before you propose to a lady is becoming one too many.

Manansseh, maybe you were never told in plain language by any Northern brother that your so called bribery allegations on the Ford Expedition and the subsequent release of the cooked story a day after JMs mother passed was the most wicked, most insensitive, most inhuman and most stupid thing a Northern brother has ever done to his Northern brother. Maybe the celebration that greeted that stupid decision from your darling NPP crowded out your conscience so much so that you forgot of your Northern upbringing. Well, I am yet to recover from the blow of that singular act. And I don’t think I will ever recover from it even if John Mahama will and has.

What was the point Manasseh? That HE John Mahama with all the executive powers to order for even a jet could stand low for a Ford Expedition as a bribe? What happened after the said story was released on that unfortunate day? Did you follow up to know whether the said vehicle was put in the pool of vehicles at the Flag Staff House as was explained by government or packed by the graveside of EA Mahama in Bole? So, once you achieved your aim of pulling the strings on John Mahama, the ever objective journalist in you couldn’t even push you to go further to know what happened to that vehicle.

Mr Manasseh, in case you don’t know, some of us are aware of your agenda. Some of us are aware of your bitterness towards your Northern Brothers. This thing you call love for Ghana only plays out when the issue in point has to do with a Northern Brother. Don’t let it get into your head that you dine with the big fishes and so you are one of them. No matter how long a stick stays in water, it will never turn into a fish-ABA Fuseini, 2018.

You started off with Roland Agambiri, a brother from Upper East. In as much as I agree largely with you on some of the issues you raised in regards to Roland’s spending on projects that are not directed at poverty reduction in Northern Ghana, I completely disagree and disapprove of your approach of getting such problems solved. What makes you happy? That Abuga Pele is in jail now while the CEO of Juspong is walking free and being hailed by President Akufo Addo-your darling 72. That Roland Agambiri’s RlG company has folded with 1000s of your Northern Brothers losing their jobs, all because you claimed to be a principled journalist and lover of Ghana more than Nkrumah and JB Danquah.

Hello Manasseh, what happened to your fight against the Juspong Group of Companies(Zoomlion) over millions of Ghana cedis you claimed the company stole and still steals from the ordinary taxpayer every month? Did you hear from your darling Nana Addo when he told the CEO to continue doing what he was doing under John Mahama, and that you, Manasseh, is jealous of his exploits and success stories? Well, where are your principles?

The last time I checked, the most successful venture in your work as a Journalist was when you did a documentary on the De-eye militia group trained by the Nana Addo administration as a parallel security force. But that same successful piece of work instead of earning you an International Award, rather sent you on exile and got you fired from the Multimedia group. You tried 10% of what you did to John Mahama and here you are, you can’t walk for 5 seconds without having to look back to be sure whether you are not being followed by some invincible forces.

So, during your exile in far away South Africa or wherever, maybe without your beautiful around you, the only best thing you could do with your time was to compile a book titled “The Fourth John: Reign, Rejection and Rebound.” When will you write a book about Nana Addo or Dr Bawumia’s econometrics? Maybe you think this will set the stage for you to clean your sheet before Lucifer the King, so that you can start your second attempt of foiling Mahama’s second coming? Well, I have read some portions of your book and I think you have done nothing different from your usual tricks of always putting John Mahama on the chopping board for dead brains like Abronya and Wuntumi to devour.

You feel so special because you have a spotless sheet to write on huh! You feel you love Ghana more than Nana Addo’s father. You think you have all the solutions to Ghana’s problems, but I must tell you that the likes of you are part of the problems Ghana is facing today, because your hypocrisy is too scary.

By the way, are you still a member of occupy Ghana? When last were you given a platform to share you views about corruption in government? Where are your colleagues who shared same platform with you? Where is Pastor Mensah Otabil, Kweku Baako, Martin Amidu Alamisi, Ace Ankomah, Hon George Andah and the rest?

Did you hear about the banking sector mess and the involvement of your role model, Pastor Mensah Otabil in a GHC 610m BoG cash misapplication? Do you still stand with him on the same principles against misapplication of state funds as per your revelation on the GYEEDA story? Did you listen to Ken Agyapong when he made some revelations about Kweku Baako? Credible or not, he made those allegations. Were you not in Ghana when Ace Ankomah was cited in the Menzgold and Horizon Royal Diamonds Scandal by the Loud Silence Media? Can you hear and feel the loud voice of Martin Amidu again? And did you hear Martin Amidu when he said his allegations against John Mahama were just some mere gossips he picked up from some passerby? What about the involvement of Hon Andah on the ever controversial GHC 170m Kelni GVG scandal and the Ghana Post GPS scandal? Is your folder folding on these personalities or they are not your taste? Principles or hypocrisy?

I know you never regretted voting for Nana Addo as you proudly stated. You even stated that, if the only alternative to John Mahama in 2016 election was a sheep, you would have voted for the sheep. This was the extent your hatred for John Mahama got. But what did you get from the alternative in Akufo Addo? Competence? Economic development? less corruption? Adequate security? Institutional guarantees? Tolerance? Independent and free media? Freedom of speech? Sensitivity or your peace of mind? So who is the sheep here? John Mahama, Nana Addo or you?

Manasseh, maybe you need to be told that the softness and tolerance of John Mahama which mostly grant you that half-baked smile shouldn’t get into your head. You want to take it for granted and then hit back at him anytime you need erection. Because you can walk to John Mahama’s office without booking and get him to give credence to your book, you think that is enough for you to do your usual dirty works. Can you walk to the Flag Staff House gate today? Try it sir! If corruption was what got you mad over John Mahama, then, you should be dead by now under Nana Addo. If you can’t see or hear anything corruption, and if that is no more your standard measure, then, our Democracy can’t get the best of results with “independent Journalist” like you.

What happened to your contract for sale documentary? Any changes so far? Any arrests? Did you file a case in court? Has the government handled it to your satisfaction? Has your folder folded on that one too? Or you just wanted the headlines for the sake of them? Maybe you should be told that, you don’t pay your CST taxes to John Mahama any longer. Direct your anger, frustrations and disappointment at the government in 72. This nonsense must stop in 2019.

I want to read this quote from you again but this time, about Nana Addo...”For me it was anything but John Mahama...”. My solemn observation: Whatever mistake or crime John Mahama may have committed that got you on your feet, Nana Addo has committed in quadruple.