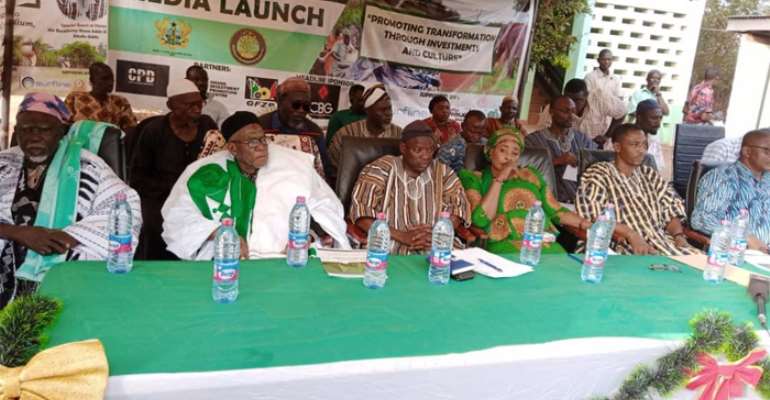 The summit themed: “Transformation through Investment and Culture”, seeks to assemble both local and foreign investors to pitch to them various opportunities in agriculture, tourism, industrialization, technology, digital satellite, mining, energy and infrastructure in the Northern Development zone that they can invest in.

The Deputy Chief Executive Officer of the Northern Development Authority, Hajia Lariba Z. Abudu , made this known at the media launch of the Northern Investment Summit in Tamale.

She hinted that the three-day summit will include Boardroom Sessions on thematic areas and investment opportunities in the Northern Development Zone, Presidential Dinner, a grand cultural durbar, exhibition and grand concert.

According to her, the Northern part of Ghana is lacking behind in terms of development, thus the submit is expected to inform, convince, encourage and eventually boost investor confidence directly, with prospects of transforming the economic paradigm of Northern Ghana.

Hajia Abudu stated that, the objective of the summit is to stimulate economic development that would bridge the gap between Northern and the Southern Ghana, Boost investments in the SME and private sector, accelerate economic and social development in the North, formulate and implement initiatives towards achieving gender equality and empowerment of vulnerable groups.

The Principal Investment Promotion Officer for the Ghana Investment Promotion Centre (GIPC), Mr.Christopher Sedor noted that, Northern Ghana is extremely blessed with natural resources, opportunities and hardworking people which deserve the right to experience exponential development, hence, the theme is much appreciated and timely to draw attention to the region and to highlight the rich opportunities across sectors and to drive investment in the northern development zone.

“Between June 2014 and June 2019, the GIPC has play its part in attracting and registering 18 projects in the northern Ghana representing an investment value of approximately 1.5 billion US dollars”.he said

He added that, as the GIPC seek to attract more investors into the northern development zone, they consider the Northern Investment Summit to be the suitable platform to catalyst their promotional efforts to register much success in that endeavor, hence the GIPC join hands with Northern Development Authority and other partners to work to deliver success.

The Chairperson for the event, the Northern Regional Minister, Salifu Sa-eed in his keynote address applauded the Northern Development Authority and their partners and indicated that the initiative is a laudable move to attract investors into the northern part of Ghana to invest, hence, reducing poverty in the north.

He assured that the government is ready to work together with the Northern Development Authority on the initiative to reduce absolute poverty.

The Chiefs in the Northern Region, pledges to support the initiative to ensure there is peaceful investment geared towards development in the region.