How NDC Belied The Ethos Of Probity, Accountability, Transparency (I) 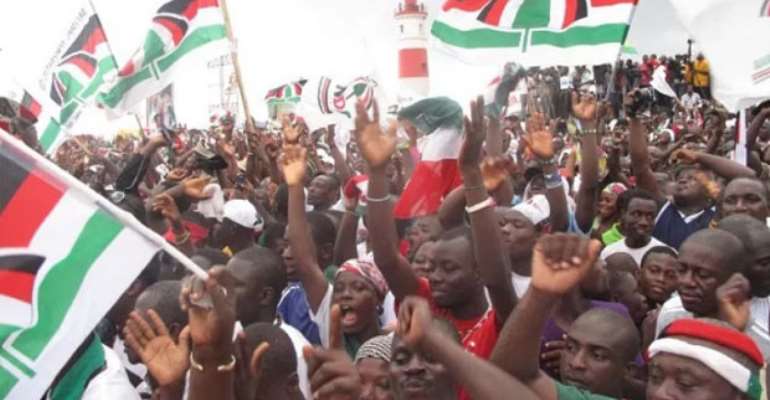 There is no hiding or denying the fact that some of us, as a matter of principle, do not harbour a subjective fit for the work values and culture of the National Democratic Congress (NDC).

Succinctly, our ideological disposition does not tilt in any way towards the NDC's coloration.

Understandably, though, the NDC faithful would never agree with some of us for persistently upbraiding their beloved party through the lenses of the past events.

But I am afraid we cannot make sense of the present happenings if we refused to take stock of the past events.

To be quite honest, some of us cannot help but to continuously shrill, grouch, censure and highlight the revoltingly risible tendencies of the devotees of the June 4, 1979 and December 31, 1981, coup d'états.

I hate to admit though, but the fact remains that there is nothing wrong for a group of people to come together and identify themselves as the coup enthusiasts or the ideologues of transparency, probity and accountability.

It is regrettable to point out that the founders of the NDC accused and exterminated people with unfounded allegations of sleazes and corruption, including eight army officers.

However, if we honestly juxtaposed the gargantuan bribery scandals which took place in the NDC administration (such as the GH¢800 million dubious judgement debt payments, GYEEDA, SADA, SUBA, MASLOC, NCA, SSNIT, Ford Expedition Vehicle, Brazil World Cup, the infamous Bus Branding, Brazilian Aircraft deal, amongst others), with the alleged corrupt practices of the murdered army officers and other civilians, we cannot help but to conclude that they 'shot for less'.

Dearest reader, the bribery and corruption, so to speak, were so widespread to an extent that, the founder of the NDC, Rawlings, once shrieked and grouched openly: “I want to remind people that we could not have possibly forgotten that generals were executed. The greed, corruption and injustice of today is a thousand times more than what these generals were executed for, and if we are unable to restore a firm measure of integrity into our dealings, then the blood of many would have been shed in vain.” (Rawlings 2017).

It has, however, been documented that when the coup enthusiasts (the founders of NDC), burst onto the scene, they went into conniption-fit and tempestuously tortured and murdered people with more than two vehicles.

Nevertheless, as I write, the same coup enthusiasts are hypocritically in possession of not less than two vehicles per household. How deceitful?

Strangely, albeit veracious, the so-called revolutionaries who repugnantly collapsed innocent peoples' businesses now own business outlets all over the place.

Worst of all, billions of cedis (in GH¢50 denominations) were impertinently seized from ordinary Ghanaians, albeit without a trace. How bizarre?

Dearest reader, the apparent hypocrisy and dishonesty being displayed by the NDC loyalists are mind-boggling, I must admit.

The seasoned journalist, Malik Kweku Baako, could not have put it any better when he poignantly described the founders of the NDC as nothing but 'shameless opportunists' (emphasis mine).

Kweku Baako Jnr was absolutely right when he asserted that although the socio-economic meltdown during the Supreme Military Council (SMC first and second) regimes called for drastic measures to 'clean' the system, the excesses of the 1979 revolution, regrettably, debased the otherwise necessary intervention.

Baako, did not waffle at all, when he ventured and stressed that he can never forgive the founder of NDC, Rawlings and his rabble rousers for stretching the whole concept of 'house cleaning exercise' and needlessly deposing the democratically elected government of the People's National Party (PNP) led by Dr Hilla Limann on December 31, 1981.

Malik Kweku Baako did not disappoint; there is no justification for anyone to depose an elected government and violate the inalienable human rights of innocent people.

The fact however remains that the founders of NDC manipulated Ghanaians. Didn't they vow to lustrate the country of the perceived rampant sleazes, corruption and social injustices?

And, what happened after allegedly purging the country of the perceived injustices through the so-called “house cleaning exercise”,–by dealing with perceived offenders arbitrarily?

Whatever the case, some of us feel duty bound as bona fide Ghanaians to offer free remedial history tutorials to the uninitiated and the younger generation of the NDC.