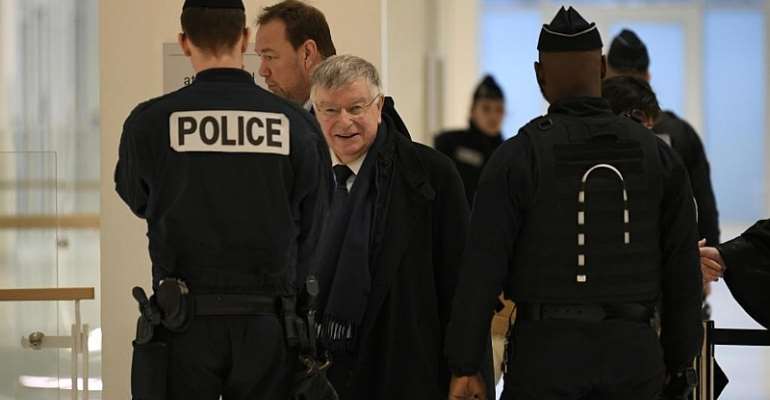 A French court on Friday handed four-month jail terms and fines to the former chief and other executives of France Telecom over a campaign of employee harassment blamed for a spate of suicides.

They were each given a one-year sentence, with eight months suspended, and a fine of €15,000.

The company itself, now rebranded Orange, was given the maximum fine of €75,000.

In 2008 and 2009, 35 employees of the former state-owned telecom giant took their own lives as managers embarked on a vast restructuring plan that included cutting 22,000 jobs, or nearly one in five.

The deaths became a rallying cry for critics demanding action against "moral harassment" by bosses focusing ruthlessly on the bottom line at the expense of employees' well-being.

Prosecutors sought a one-year prison term for Lombard and the maximum fine of €15,000 during a trial that wrapped up in July.

Lombard denied that management bore any responsibility for the deaths, despite having told managers in 2006 that he would "get people to leave one way or another, either through the window or the door".

"The transformations a business has to go through aren't pleasant, that's just the way it is, there's nothing I could have done," he had told the court.

Lombard's lawyer Jean Veil said Friday that he would appeal the sentence.

"It's a total misreading of the law, it's a political reasoning," Veil said.