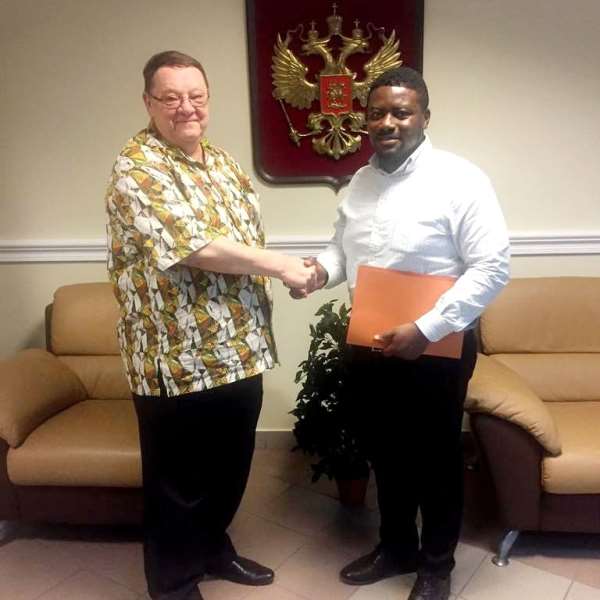 From 23rd to 24th October 2014, the government of the Russian Federation hosted Heads of State and Governments of African States in the Russian Black Sea resort town of Sochi for Russia’s first ever Africa summit. Representatives of all 54 African nations, including 43 heads of state participated in the Russia-Africa Summit and Economic Forum, which was co-hosted by Russian President, Vladimir Putin and Egyptian President, Abdel Fattah el-Sisi.

Ahead of the summit, President Putin in an interview with the Russian news agency, TASS, highlighted Russia’s preparedness to assist Africa without political or other conditions of any form and shape. “Our country played a significant role in the liberation of the continent, contributing to the struggle of the people of Africa against colonialism, racism and apartheid,” he added. Although ties deteriorated after the collapse of the Soviet Union in 1991, traces remain: the Mozambique flag, for instance, carries the Kalashnikov rifle.

Those themes were echoed throughout the summit in Sochi as President Putin met with African leaders for deliberations. Both Russian and African officials and businessmen had a forum that focused on a gamut of topics, from humanitarian cooperation, media relations to infrastructure development. Speakers at the various sessions emphasized on the need for partnership rather than aid as well as sovereignty over fealty.

Early November 2019, I had an amazing time with His Excellency Suslov Dmitry Yuryevich, the Russian Ambassador Extraordinary and Plenipotentiary to Ghana. We discussed the declaration and the aftermath of the first Russia - Africa Summit which had the theme “For Peace, Security and Development”. The summit sought to identify new areas and forms of cooperation, put forward promising joint initiatives that will bring the collaboration between Russia and Africa to a qualitatively new level and contribute to the development of economies and the prosperity of citizens.

In his words, “the forum is a significantly important step towards creating favorable conditions for the development of trade and economic relations between Russia and Africa. It was also to diversity the forms and areas of Russia – Africa cooperation with the signing of a significant set of trade, economic and investment agreements”.

The summit according to the Russian diplomat is an improvement in friendly ties between the Russian Federation and the African States, the tradition of joint struggle for decolonization, and the establishment of independence of African States as well as the rich experience of multifaceted and mutually beneficial cooperation that serves the interests of both parties.

As part of the declaration from the summit, the Russian Federation and African States have agreed to the establishment of a Russia –Africa Partnership Forum with a view to coordinating the development of the Russia – Africa relations and designate the Russia – Africa Summit as its supreme body to be convened every three years. In addition, there will be an commencement of consultations between Ministers of Foreign Affairs of the Russian Federation and African States on the basis of a multilateral world order.

Both parties agree to contribute to greater cooperation in addressing traditional and modern challenges in the field of security, first of all international terrorism in all its forms and manifestations as well as extremism, transnational crime and trafficking of narcotic drugs, psychotropic substances and their precursors on the basis of international laws, primarily the UN Charter, relevant UN Security Council resolutions and the UN Global Counter – Terrorism Strategy.

Under Trade and Economic cooperation, there will be joint effort to promote trade, investment and sustainable development to make the global economic system more socially oriented. Also, oppose any manifestation of unilateral approach, protectionism and discrimination and support the World Trade Organization rules based world trade regime as well as providing support to Russian and African entrepreneurs in exploring ways of mutually beneficial cooperation and taking steps to identify promising areas of economic, trade and investment partnerships between Russian Federation and African Union organizations.

As part of legal cooperation, there is a quest to adhere to the principle of non-intervention with the aim of forging change of legitimate governments and believing that the principle of sovereign equality is crucial for the stability of international relations. In addition, the upholding of the principle of peaceful settlement of disputes to contribute to the de-escalation of tension and promotion of peaceful cooperation among states. It is believed by both parties that good faith implementation of generally recognized principles and rules of international laws exclude the practice of double standards or the imposition by some states of their will on other states.