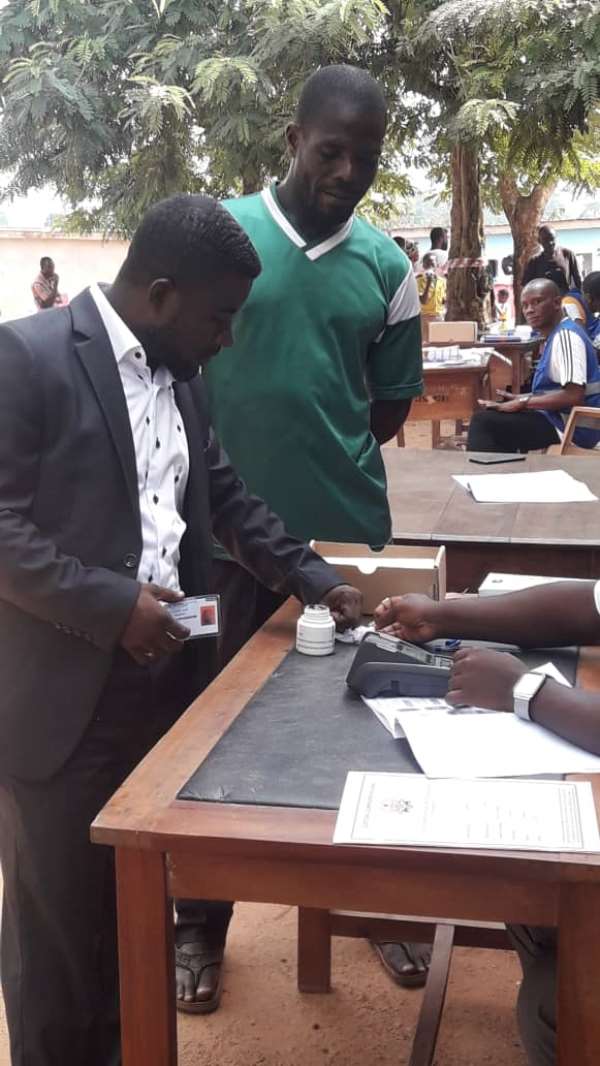 According to him, Assembly Members are a tool for grassroots governance thus playing a crucial role in the day to day administration of their electoral areas.

"Due to financial difficulties, Assembly Members fall short of discharging their duties diligently as required of them. This has contributed significantly to the kind of apathy and low voter turnout we usually experience during District Level Elections to elect Assembly and Unit Committee Members.

"As a nation, we ought to attach seriousness to our Local Level Elections because of the important role these members play in our democratic dispensation," he emphasised.

Mr. Yawson Otoo, a native of Agona Nyakrom in the Agona West Municipality of the Central Region said this after casting his vote at the Nyakrom Methodist Primary 'B' Polling station during the just ended District Level Elections held across the country last Tuesday.

According to him, there is the need for the grassroots to be encouraged to participate fully in local government elections and also make district level elections more flexible to enable potential voters cast their ballot.

"Unlike Presidential and Parliamentary Elections, the District Level Elections don't pull crowd of people to queue at the various polling stations to cast their votes.

"We must educate the masses that the Local Government system is part of the governance which is brought to them at their doorsteps to deepen our Democratic system," he stressed.

Mr. Yawson Otoo an international Engineer by profession and philanthropist disclose that low turnout at the District Level Elections could be eliminated if Assembly Members are given the needed resources for public education

"After visiting almost all the polling stations in Nyakrom, I have observed the need for serious public education on District Level Elections because it is the pillar for Nation building.

"As it stands now many people who could be more qualified to be Assembly Members are not doing so because they don't see why they should involve themselves in this 'profitless' sacrifice," he intimated.

Mr. Yawson Otoo was however happy that this year's district level elections was generally peaceful.