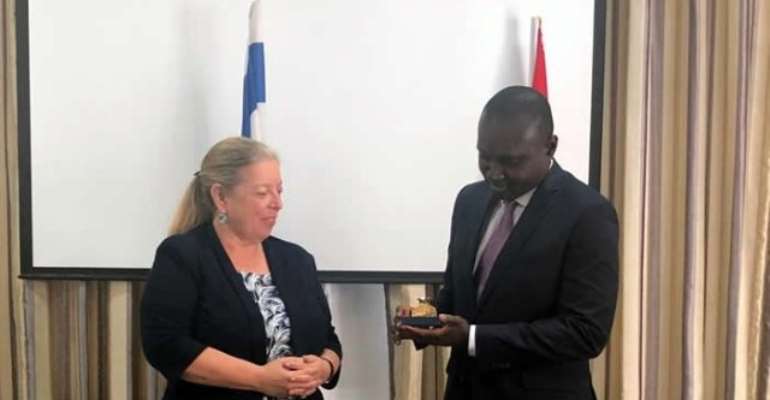 As part of efforts to deepen relations between Israel and Ghana, the two countries on Monday, December 16, held their first round of political consultations since the Israeli embassy reopened in Ghana in 2011.

The consultations are a result of the Minister of Foreign Affairs, Shirley Ayorkor Botchway’s visit to Israel in November 2018

The meeting, which was held in the Ministry of Foreign Affairs and Regional Integration, discussed few key points in the relations between Israel and Ghana on the political, economic and consular affairs levels.

During the consultations, both sides stressed on the good historical relations between the two countries and committed to strengthening the relations. Ambassador Shlein thanked Ghana for its committed role in the UN peacekeeping Forces in Lebanon and Syria.

Speaking on behalf of Ghana, Charles Owiredu expressed gratitude to the state of Israel for their contributions to Ghana’s agriculture and health sectors.

Additionally, both sides agreed to speed up with negotiations on double taxation avoidance agreement and to follow up on the validity of the economic agreement signed in 1969.

Ambassador Shlein took the opportunity to invite representatives from the Ministry of Foreign Affairs and Regional Integration to hold the next round of meetings in Jerusalem in 2020.