Efficiency Is The Combination Of Right People With The Right Knowledge 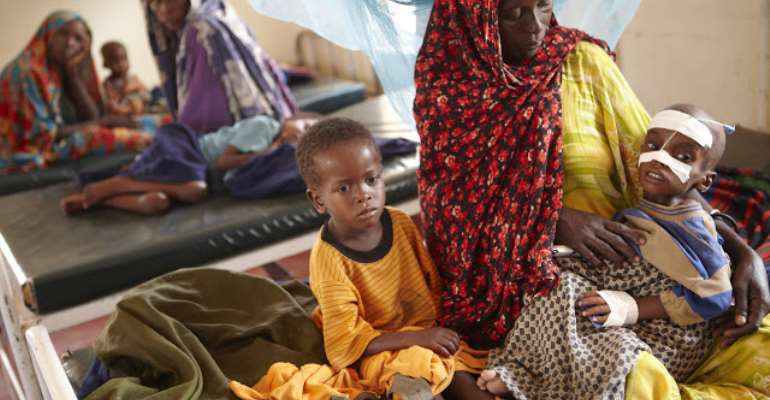 Leadership is the ability to bring a group of people to act together to achieve a common goal. No matter how far one is educated, if you don't have leadership skills and knowledge to go about something, the result will always be a failure due to unproductiveness.

We are often inspired by great people, such as Kwame Nkrumah, Nelson Mandela, Patrice Lumumba, Julius Nyerere, Jomo Kenyatta, et, with certain qualities that make a great leader but can everyone has the same knowledge and vision of these great men?

A leader cannot achieve greatness without deep empathy with his people. Many want to achieve great things in life to be remembered by the people they want to serve, while others have different goals, to be rich and famous, either through genuine or corruptible means.

The latter brings unproductiveness, greed, inefficiency, and corruption, which are very prevalent in Africa or most third world countries. This can give one a better understanding of the reasons despite the vast mineral resources in Africa, it appears to be the poorest continent in the world.

The highest expectation of people in the third world is to elect leaders because of the promise to help ordinary people, unfortunately, it is easier said than done. Africans are suffering, facing daily political crises and economic woes.

Bombarded with complex decisions and problems in a rapidly changing world, African leaders lack solutions and the ability to sift through the dissemination of mass information through technology.

The question is why other world leaders have solutions, yet many African leaders lack the knowledge to fix things?

For example, the continued growth and development of the economy in China and India as a consequence of the fact that both Chairman Xi Jinping and Prime Minister Narendra Modi, understand the economic and social difficulties and prospects associated with the Fourth Industrial Revolution.

They know that in such difficult conditions, they need to develop new dynamic industries that will take the economies of their countries to the forefront of scientific and technological progress, for example, the smart use of new technologies to help fight poverty.

The billion Chinese who make mobile payments using smartphones have got direct access to all types of consumer goods, which improves their quality of life. No one has yet made convincing estimates of the level of growth in wealth that is ensured by these technological advances.

However, both in China and in India, optimism is growing. According to a Pew Research Center survey, 87% of Chinese people positively assess the current economic situation in the country, and 82% are confident that their children will live better than themselves today.

Similarly, 83% of Indians have a positive perception of the economic situation in the country. At the same time, 76% are sure that their children will live better. What future do African leaders guarantee their children?

Great leaders find a balance between business foresight, efficiency, and character. They have a vision, courage, honesty, humility, and concentration, as well as the ability to strategically plan and stimulate cooperation between their team.

Therefore, I want to remind the inefficient Ghanaian leaders that often boast of efficiency that: serious and efficient leaders always carry these competencies in their pockets where ever they go:

Able to conduct analysis, Decisions, Work with people, Think creatively, Good knowledge of mathematics, Deep problem analysis and search for new opportunities, Focus on the success and the desire to get the best results.

Sincerity and openness in communication, Tolerance, the ability to accept people as they are and the acceptance of their right to their own opinion and the desire to identify and realize individual opportunities for the professional growth of everyone.