France's Macron to mark Xmas with troops on Africa visit 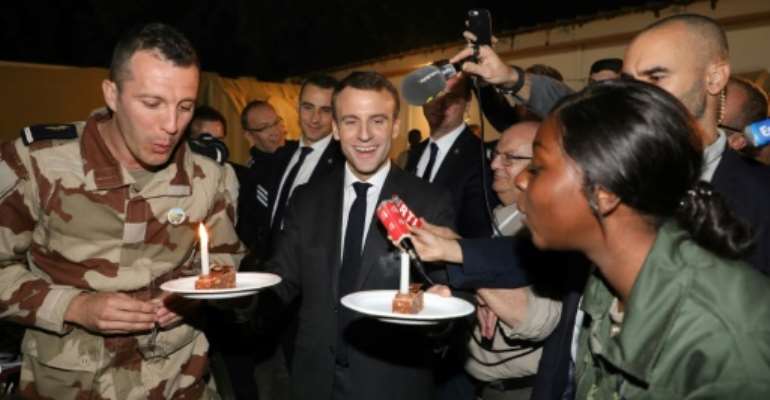 In keeping with tradition, President Emmanuel Macron on Friday will celebrate Christmas with French soldiers posted abroad, travelling this year to Ivory Coast as Paris seeks to strengthen regional ties against Islamist militants.

Far from protest strikes gripping France, Macron will share a dinner cooked by his personal chef with 1,000 troops at the military base in Port-Bouet, near the airport of the commercial capital Abidjan, where he is expected in the late afternoon.

The jihadist insurgency in several poor Sahel nations will be a top item on Macron's agenda. In Ivory Coast he will meet French soldiers who took part in November in an anti-terrorist operation in Mali, where 13 men lost their lives.

In the latter raid, he said Mirage jets bombed a group that was "clearly preparing a large-scale attack".

The leaders of five Sahel nations are due to attend a summit in Paris on January 13. 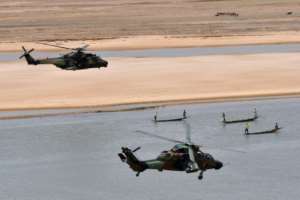 The men in Ivory Coast serve as a support force in anti-jihadist operations and constitute the largest French contingent in Africa after the one in Djibouti on the northeastern side of the continent.

On Saturday, Macron and his Ivorian counterpart Alassane Ouattara will visit an International Counter-Terrorism Academy launched by the two countries near Abidjan in October 2018.

A 2016 attack by suspected Islamist extremists on a hotel in the Ivorian beach resort of Grand-Bassam left 19 people dead and more than 30 wounded.

"Ivory Coast is a fundamental partner of France in Africa (because) today the steadiness of the Sahel economy and population movements (in West Africa) depend very largely on the political and economic stability of this country," Macron's office said.

However the local political situation is tense. 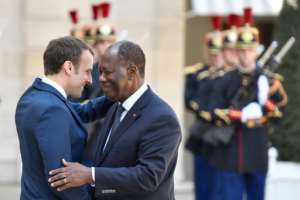 A presidential election is scheduled in ten months, almost three years after a prolonged post-electoral crisis in 2010-2011 led to serious unrest and the loss of some 3,000 lives before Laurent Gbagbo, who rejected defeat by Ouattara, was captured.

Tried for crimes against humanity at the International Criminal Court, Gbagbo was acquitted in January this year.

"There are ups and downs in Franco-Ivorian relations, but today they are fine," Toure said.

On Saturday Macron will visit the working-class Abidjan district of Koumassi with Didier Drogba, a former hero of the Olympique de Marseille and Chelsea football clubs, to inaugurate sports facilities.

The French leader has declared young people and sports to be priorities in his diplomatic activity and he is keen to illustrate the spirit of a speech in Ouagadougou in 2017, when he sought to shake off France's reputation for post-colonial meddling on the continent, declaring that there is "no more African policy by France".

Two years after a first trip to Abidjan when he laid the foundation stone for a metro network, Macron is due to finalise plans with Ouattara to finance the vast construction effort, estimated at 1.5 billion euros ($1.66 billion). A dozen more deals to "strengthen economic partnership" are in hand, according to French officials.