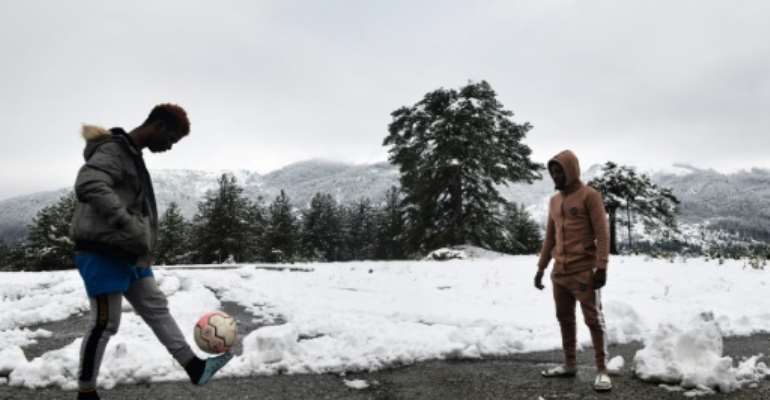 Sitting in the lobby of a disused ski lodge on a northern Greek mountain, Congolese asylum-seeker Sylva Caumba blankly stares at the unfamiliar snow outside.

"I would have preferred staying in Moria," the 30-year-old says with a touch of desperation, referring to the dismal camp on the Greek island of Lesbos which is packed six times beyond its official capacity.

"At least there, we had contact with the outside world. Here it feels like an open prison," he adds.

Caumba was transported to the ski lodge at Vasilitsa -- at an altitude of 1,000 metres, and 45 kilometres (28 miles) from the nearest town of Grevena -- around two months ago with his wife and two children. 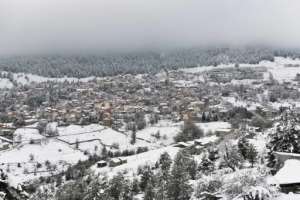 The ski lodge where the migrants have been installed may have great views, but it is 45 kilometres from the nearest town. By Sakis MITROLIDIS (AFP)

Bears and wolves are more common than humans in this area.

The facility, which has seen better days and was about to shut down during Greece's economic crisis, currently hosts 116 asylum-seekers from Afghanistan, the Democratic Republic of Congo, Somalia and Syria.

"We wake up, we watch TV and we go back to sleep. This is no way to live," says 20-year-old former footballer Mabika Zordel, also from DR Congo. 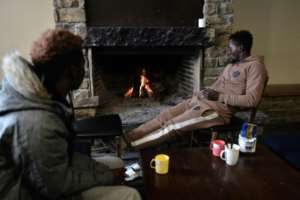 'How can you live with nothing to do?' Some of the migrants would rather be back on the overcrowded camps on the Aegean islands. By Sakis MITROLIDIS (AFP)

Nuredin Intze, a 38-year-old from Somalia, agrees that "things were better" in a similarly overcrowded camp on the Greek Aegean island of Leros.

"The hours do not pass. How can you live with nothing to do? All that is left is to hope that something will change," says the former professional driver.

In summer and autumn, the number of asylum-seekers arriving from Turkey on the islands of Lesbos, Chios, Samos, Kos and Leros steadily increased, cramming people into overcrowded facilities at record levels. 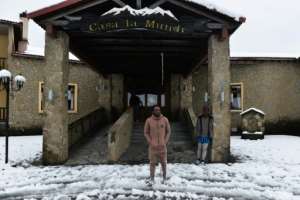 According to government figures, there are now over 40,000 people on these islands, with more than 37,000 of them in camps built to handle just over 6,000.

Amid rising anger on the islands, the conservative government of Prime Minister Kyriakos Mitsotakis recently promised to relocate 20,000 asylum-seekers to other facilities on the mainland by the end of the year.

But the plan has run into objections and protests in several towns in other parts of Greece earmarked to house additional asylum-seekers. 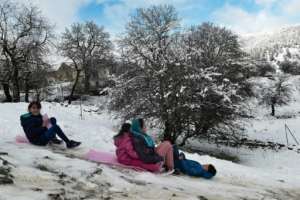 The kids might be enjoying the snow, but their parents say some are of an age when they should be at school. By Sakis MITROLIDIS (AFP)

In October, a hotel owner in the town of Vrasna near Thessaloniki said she had received arson threats after agreeing to temporarily host a group of asylum-seekers.

Running out of options, authorities have occasionally been forced to resort to out-of-the-box thinking.

In November, another group of asylum-seekers were taken to an abandoned Orthodox monastery in the southern Peloponnese peninsula.

Within moments, most of them had asked to be relocated elsewhere.

At the Vasilitsa ski lodge, Zordel says he had asked to train with the local football club but his request was turned down.

"Maybe it was because of my skin colour," he says.

Aside from being bussed by police to Grevena for supplies twice a week, and preparing their food, Zordel and his close friend Daniel Elipio, 17, have little to do. 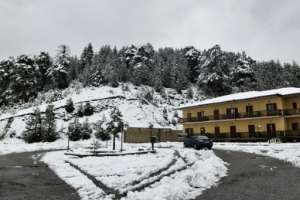 As in most parts of the country, the response here to the presence of asylum-seeker families and unaccompanied minors is mixed. By Sakis MITROLIDIS (AFP)

So they wait for days when it's not snowing outside to play football in the ski lodge yard.

Both say they fled DR Congo when relatives were murdered.

As in most parts of the country, the response here to the presence of asylum-seeker families and unaccompanied minors is mixed.

Operators in isolated areas are frequently grateful for any business in the dead of winter, but many elderly locals in sparsely populated villages are fearful.

"They keep having children," says a local tavern owner. "We have a falling birth rate. At this rate, they will eventually take over." 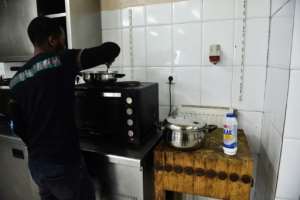 Operators in isolated areas are frequently grateful for any business in the dead of winter, but many elderly locals in sparsely populated villages are fearful. By Sakis MITROLIDIS (AFP)

Even as he admits that many hostels in the area were "a step away from being auctioned off", Grevena mayor Yiorgos Dastamanis claims that the arrival of refugees and migrants "will undermine the profile of tourism businesses in the area".

In the meantime Caumba sits with his wife and children, wondering how he can build a life for them halfway up a Greek mountain.

"I want to learn Greek, get a job and live a normal life with my family," he says.

"One of my children is 10 and is not in school. I'm not asking for anything outrageous."