No progress after unions meet with government, new call for strikes and protests 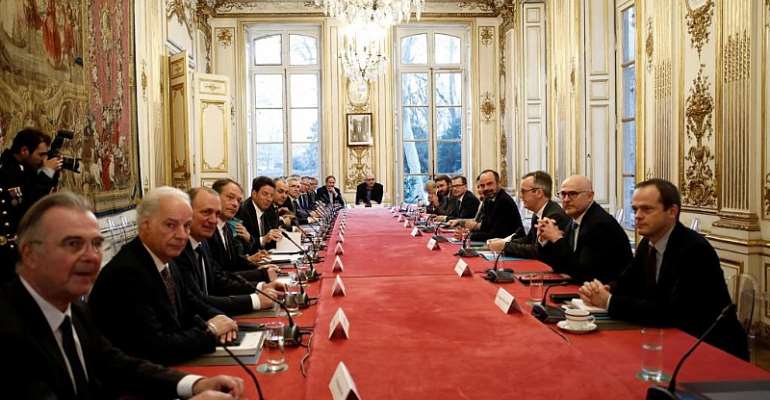 No progress following the second day of meetings between the French government and unions, with a new call for transport strikes to continue on, crippling France as it wraps up its third week.

The French government failed to break the deadlock over a planned overhaul of the pension system on Thursday, prompting union leaders to reaffirm the continuation of strikes over the Christmas holiday season.

Over two weeks of nationwide industrial action in France have crippled transport, at times shut schools and brought more than half a million people onto the street against President Emmanuel Macron's wide-ranging reform plan.

He's not listening to us
The leader of the hardline CGT union, Philippe Martinez, said unions had decided to hold further strikes and demonstrations on 9 January after the meeting with Prime Minister Edouard Philippe.

In a tweet quoting Martinez, he says "January 9 will an interprofessional national day of action."

"The prime minister hasn't heard what the street is saying," Martinez told reporters after the talks.

The prime minister, however, saw things differently, adding progress had been made, but disagreements remain and hopefully those can be worked out come January.

A statement from the CGT-led union coalition said there would be no truce over Christmas, when millions of French people travel to spend the holiday with their families.

Meanwhile, homes experienced electricity cuts in Lyon and Gironde after CGT members from RTE, the network of transporting electricity, said voluntary outages were performed in connection to the “social movement” against the reform of pensions.

Opposition to pension reform
Unions oppose Macron's plans to streamline France's state pension system and push people to work until 64, instead of the legal retirement age of 62.

The head of the largest and moderate union, CFDT said if the government sticks to its plan to delay full retirement to 64 years of age, then it may consider action come January, but refrained from calling for outright demonstrations.

On Tuesday's call to protest on the streets, CFDT made its first appearance since the strike broke on 5 December.

While the CFDT doesn't support the other unions demands to abandon the reform of pensions, it refuses to back down on the pivot age of 64.

Other grievances
As transport workers cripple the country, journalists and staff from Radio-France entered their 25th day of strikes, against a massive audio-visual reform that would see 299 jobs cut from 4600.

In a tweet from CGT, it says "support to the striking staff of Radio-France and to the comrades of CGT-RadioFrance. Striking until the plan wanted by Macron to cut 300 staff and cut the budget by 60 million euros is retracted.