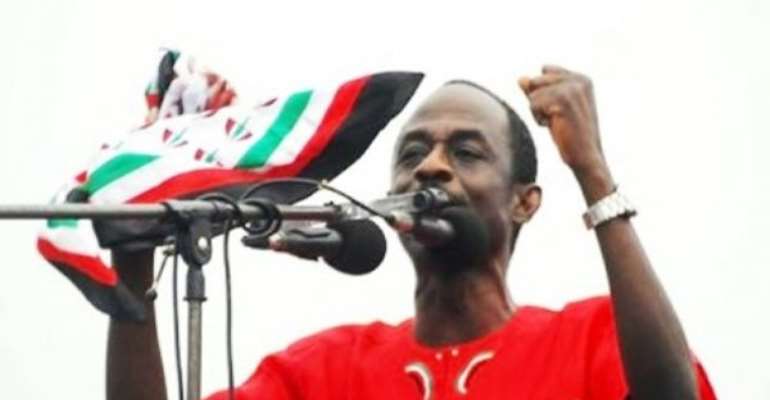 Asiedu Nketiah is General Secretary of the NDC

The opposition party has vowed to resist attempts by the Electoral Commission to compile a new voters register.

The National Democratic Congress has accused the Electoral Commission of scheming to rig the upcoming 2020 elections in favour of the government with its planned new register.

The NDC, at a press conference Thursday, reiterated its stance that there is no need for a new register ahead of the 2020 general elections.

Addressing the press, General Secretary of the party, Johnson Asiedu Nketiah, questioned the need for a new register since the existing one was used for the local assembly elections just two days ago.

Adding his voice to the party’s concerns, National Chairman, Samuel Ofosu Ampofo, argued the political climate currently does not support the EC's quest.

However, the EC has submitted its budget to Parliament which includes monies to expend to compile the new register.

The Commission has tabled some GH¢444million for the exercise. This, the EC argues is a better option than updating the old one which has been described as overstretched.

For the governing New Patriotic Party, once the Commission can justify the need to compile a new register, they would support it.

With the NPP’s majority in the House, the EC’s budget is likely to be approved.