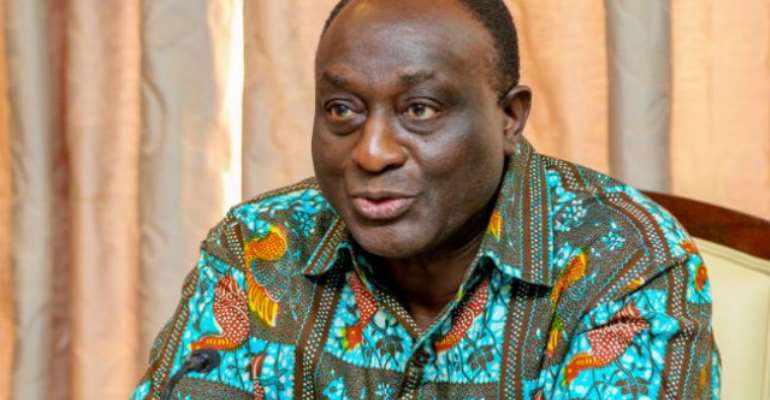 The Ministry of Trade and Industry has responded to reports that most of the projects under the One District One Factory (1D1F) were already construction.

The Ministry in a statement described such reportage as a malicious attempt to belittle the progress made by the government in facilitating the operationalisation of the 1D1F initiative.

This notwithstanding, the Trade Ministry said it remains focused on championing government’s jobs and growth agenda.

The attention of the Ministry has been drawn to negative reportage on selected One District One Factory (1D1F) projects following the recent Media Encounter by His Excellency the President.

The reportage maliciously attempts to belittle the progress made by government in facilitating the operationalization of the 1D1F initiative.

The said reportage makes reference to two companies, Unijay Garments Limited and Volta Forest Products as companies reported by the Ministry to be 1D1F companies already in existence or are operational.

The Ministry wishes to state categorically as follows:

This company located in Kumasi produces garments. The company applied for assistance under the 1D1F programme in July 2017 and has gone through the required screening and qualified to receive support under the 1D1F programme. The company has subsequently received an amount of Ghs2.5 million from Prudential Bank Limited as a 1D1F company, which amount has been applied as working capital for the existing business. In addition, the company has applied for an additional Ghs10 million for an expansion programme under the same company name which is currently being considered by the Bank under the 1D1F programme. In light of the above, it is difficult to understand how anybody could reasonably object to the description of Unijay Garments Limited as an existing 1D1F company.

This company located in Hohoe, Volta Region is engaged in the manufacture of wooden products. The company applied for assistance under the 1D1F programme in Nov. 2017 and has gone through the required screening and qualified to receive support under the 1D1F programme. The company has subsequently received an amount of Gh1.5 million from Prudential Bank Limited as a 1D1F company, which amount has been applied as working capital for the existing business.

For the avoidance of doubt, the Ministry has consistently and publicly made reference to the following facts about the 1D1F programme:

• The 1D1F programme is a private sector-led initiative, facilitated and supported by Government. It is not intended to establish State enterprises but rather to support companies established and owned by the private sector and when required, with government equity not exceeding 30%.

• An existing enterprise that meets the required criteria can qualify as a 1D1F project.

• The selection of a 1D1F project could involve the revitalization of an existing government-owned or privately sponsored project or company which is deemed to be potentially viable.

Under the 2020 Budget, Government has provided resources to support Business Promoters to establish 1D1F projects in the remaining 148 Districts currently not covered under the programme.

The Ministry wishes to advise individuals seeking information on the implementation of the 1D1F programme to contact directly the Chief Director of the Ministry of Trade and Industry and avoid making references to the 1D1F initiative without reliable information.