NPP Blasts Mahama For His 'Silence' On vigilantism Law 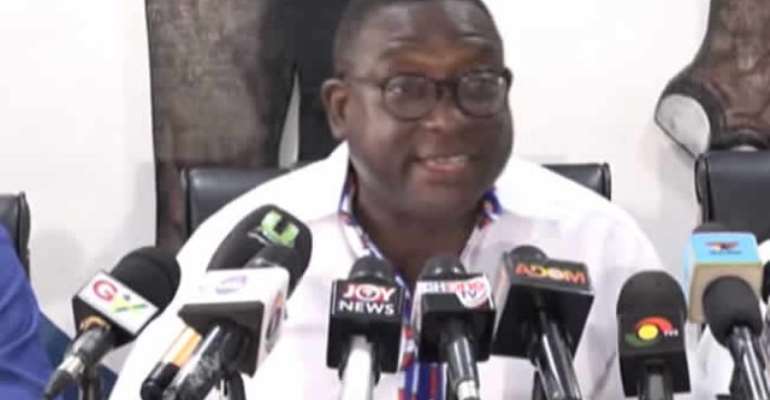 Director of Communications of the NPP, Yaw Buabeng Asamoah

The ruling New Patriotic Party has criticised Former President John Dramani Mahama for his ‘silence’ on the Vigilantism and Related Offences Act (2019).

The act, which was passed in July this year, is geared towards curbing the acts of political vigilantism and electoral violence in the country.

The Bill was laid and subsequently passed despite concerns raised by the opposition National Democratic Congress (NDC) and some civil society organisations that more work needed to be done.

For the NDC, the Bill was “unnecessary and a deliberate diversion to allow the governing New Patriotic Party (NPP) to continue to build its militia infrastructure ahead of the 2020 elections.”

But speaking at a press conference on Thursday, Director of Communications of the NPP, Yaw Buabeng Asamoah expressed dissatisfaction at the silence of John Dramani Mahama on the new law citing a “lack of plan” on the NDC flagbearer’s part.

“As we speak now, we haven’t heard former president Mahama speak about the inter-party dialogue… whether he likes it or he doesn’t like it. We are not aware of his position on the Vigilantism and Related Offences Act that has been passed.

“Since he made a pronouncement, before even learning the fact that he was going to fight us boot-for-boot and declared himself as an expert in electoral violence… and went ahead to air false videos to the international community about what happened at Ayawaso West Wuogon. After the shame of that event, he hasn’t spoken about this process that President Akufo-Addo initiated.”

Mr Asamoah added that: “The parties have dialogued, we have come to the end of the dialogue, Short Commission has delivered its report, there is a law passed… It is only recently that we hear him talking about electoral violence when the whole nation has moved on. This is a person who clearly has no plan for us,” he said.

Describing as unprecedented, Yaw Buabeng Asamoah also commended President Akufo-Addo for convening the meeting that saw the dialogue on ways to eliminate political violence in the country.