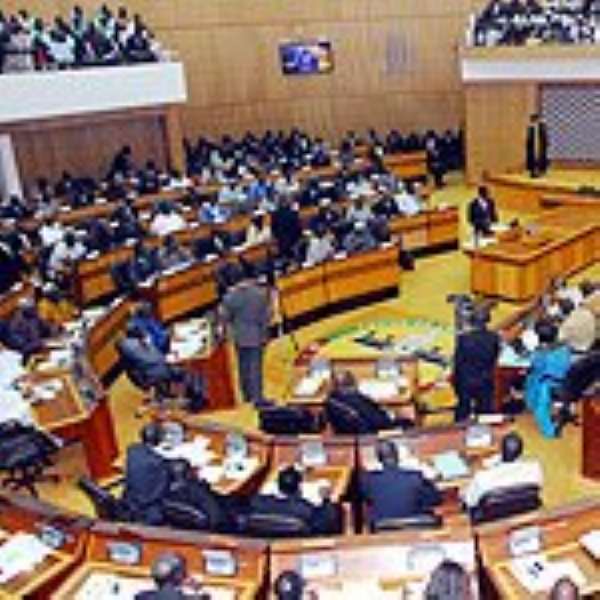 No wonder that Ghana, my motherland, when she takes one step forward, in less than no time, she backtracks ten steps. The country goes forwards and backwards in what is a cyclical poverty; without any significant improvements in the lives of the citizenry but the leadership. This is what you get when people are elected into power based on tribal affiliation, or are appointed into higher positions based on “whom you know” but not on meritocracy.

It will take God Himself to descend from His throne in Heaven to come to Ghana to help us eradicate, corruption, the creation of human monsters, and the utter display of incompetence by the Ghanaian, from Ghana. A country where people rally behind crooks, kowtow to criminals and dote on those that take them for slaves and steal from them. Has such a country got any prosperous future? No; not until the people therein decide to use their brain power to reason as human beings but not as people without any grey matter in their skulls.

Would people be still supportive of Alfred Agbesi Woyome who has swindled Ghana of 52.2 million New Cedis, if Ghanaians were to reason like their White contemporaries? Would Ghanaians be still doting on Ibrahim Mahama as a rich man after he took hefty loans from banks without paying back, leading to the probably collapse of the banks and also clearing his goods from the ports without paying any import duties, if they were to use their brains as the Whiteman does? Would Ghanaians still be hero-worshipping Anas Aremeyaw Anas as a saint after his other darker side of character of corruption, extortion, blackmailing and entrapment of his victims during his criminal investigations is exposed? No, either the Ghanaian has no brain to think or he has one that is incapable of thinking.

How can appointments to positions of trust and power continue to be made on “whom you know” while Ghanaians still look on, clapping their hands happily while the appointees often wobble in their positions like square pegs in round holes? It is completely disgusting to see some appointees running to some traditional leaders to seek their blessings to be able to supposedly perform the duties of their office. If they were competent enough, this nonsense would not happen to culminate in Ghana going in a merry-go-round of progression, stagnation and retrogression in her attempts to develop.

People with no, or little, competence, are appointed because of knowing those appointing them. How can such appointees contribute creditably towards the economic development and nation-building of the country? If they were appointed based on their competence, thus merit, without allowing family and/or friends’ affiliation to creep in to determine their appointment in what has infamously become “whom you know”, thus, “connection", in Ghana, the country and the people would develop more appreciably.

We had some NPP appointees running to kneel down before the Asante Overlord to bless them to be able to do their job. The current Attorney General, Ms Gloria Akuffo, is one of them. Again, I have learnt from the departure address by the outgoing Chief Justice Mrs Sophia Akuffo that she too relied heavily on the Asante Overlord for strength and support in doing her job. No wonder that the judicial corruption with all its ramifications and negative ripple effects on the country continues on abated.

No wonder again that much improvement has not been seen in the delivery of justice and/or the fight against corruption in the country if the Asante Overlord is/was their mentor. How possibly can a blind man lead another blind person without both falling into a pit?

Should this be the trend of affairs in Ghana, then a radical means must be employed to put things right. We should not be handing the baton of governance from one corrupt and incompetent administration to the other. How can the country and the people develop when having clueless people in post for them to only rely on clueless crooks to performing their duties? Haba!

When the weak people get fed up with the nonsensical molestations of them by the elite, the resultant will be a revolution. They will muster courage to revolt. As it was in the case of the French feudal lords suppressing the commoners to finally bring about the French revolution of 1789, so is it that everything could be possible in Ghana or Africa, although we are established to be cowards and fearful of the sight of blood or death hence the few criminals and corrupt ones taking us for a bumpy rough ride all of the time. Time changes, let us bear that in mind.

May I please seize this opportunity to advise our presidents to appoint competent persons on merit but not on “whom you know” incompetent persons, to positions of trust and power if they really want Ghana to develop.

Ghanaians, for how long are we going to sit down with arms folded around the chest while appointed officials consult traditional leaders who may happen to be crooks, to advise them on how to do their job? Will it not be the case of birds of the same feathers flocking together to worsen the plight of Ghanaians?

The sight of judicial corruption in Ghana makes me puke or feel nauseous.

I hope the incoming Chief Justice, Mr Anin Yeboah will consult legal experts if he happened to need help rather than falling on non-expert criminals for advice and direction.

I am sorry that the apparent absurd behaviour of Ghanaians, belittling us in the eyes of our White contemporaries to let them see us as subhuman living in a shithole country really disgusts me. It is in fact radicalising me against being a Ghanaian. Is it any wonder that some whites are tilting far towards the right to hate black people and other foreigners of colour in their countries? Why can’t we be a bit farsighted to see that one day, we shall be left to our fate to die a painful death because the whites will no longer offer us a helping hand, to begin to shun the things that obstruct our progress? Why should we allow a traditional overlord to hold the nation to ransom? Why, why and why?

If that is the way forward, why are the other traditional leaders not given the same opportunity to advise or ill-advised our leaders or they are not very intelligent for that purpose? I hope he is not a counsellor to the president although they are rumoured to be the best of friends by their public interactions, affections and affiliation.

No more incompetent persons to be elected or appointed to positions of governance or trust. Period!