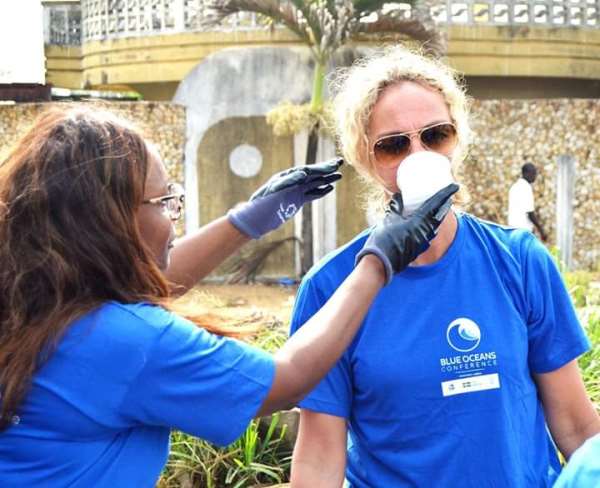 The Embassy of Sweden has taken steps to keep the momentum of the March 2019 Blue Oceans Conference in Liberia alive through partnership with Miss Boss Lady (MBL) Liberia.

With funding of approximately US$40,000.00 MBL will engage stakeholders, including youths and coastal communities in Montserrado, Grand Cape Mount, Grand Bassa, and Margibi counties in massive awareness activities. The awareness will focus on marine pollution, sustainable fishing and climate change.

The initiative will showcase the Government of Sweden's continual support to environment and climate change issues in Liberia. It would remind the general population about the danger that marine pollution, particularly plastic pollution poses danger to the environment and the survival of marine resources.

The initiative will contribute to the following objectives: increased citizens knowledge on the importance of ocean conservation, including marine resources; awareness of citizens on the importance and the benefits of keeping the environment and beaches clean and free from pollutants; increased awareness and media engagement on plastic pollution, Illegal Unregulated and Unreported (IUU) fishing.

Marine pollution, climate change and sustainable fishing were among the critical thematic areas considered during the Liberia Blue Oceans Conference; those areas form the foundation of the initiative

The campaign will work with Liberians from diverse background through community level engagements, media engagement, including social media, as well as beach clean up events in the targeted counties.