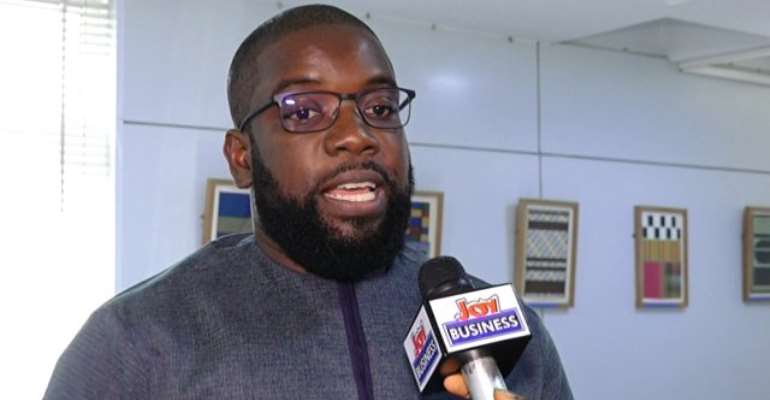 Fraudster and rogue trader were descriptions that painted headline stories about Ghanaian-born Kweku Adoboli, a former trader of Swiss banking giant, UBS, who got entangled in the middle of what has gone down in history as Britain’s largest unauthorized trading loss of £1.4billion.

It’s been a year since Adoboli was deported to Ghana upon serving four of his seven-year sentence. Mr Adoboli’s second public appearance was when he took his turn at the 2019 Ted X event where he spoke under the topic of the “Year of Return”.

“Here I am being given this incredible opportunity to speak on the Ted x platform. And for me, that's a reflection of the mood of the country in terms of where we're trying to go. And the year of return is central to that right. For so many reasons, Year of Return is important. It's important for global community reasons. The Diaspora needs to know that ultimately, they came from Africa. And we have taken that honour of inviting them home. And that's important.”

He added, “But it's also about creating the community that will help to generate financing to generate ideas to create opportunities for Ghanaians and also generally the diaspora around the world. The year of return is a brilliant program because it has raised our profile of Ghana's profile.

It's raised our profile. But at the same time, it's also helped Diasporas around the world to feel a connection back to Ghana in Africa. And that's important especially where the world is today,” he told JoyBusiness.

Been in the middle of immigration tussles and deportation upon serving four years of a seven-year sentence for a £1.4 billion fraud at Swiss bank UBS, Mr Adoboli told JoyBusiness coming home was freedom.

The UK government tried to tell me I couldn't work, but for everything I had to do, I had to fight and then right at the end the manipulation that was used to shut me down and put me on the plane just reinforced the fact that I was not free.

And although I had fought and I didn't want to leave my people back in the UK, one thing I do know is the fact that I'm standing here one year on talking to you is a reflection of the fact that I am free… even my friends back in the UK have all accepted that this is a much better place for us to be than fighting against the British government back in the UK. So that's why I feel free.”

Adoboli’s focus one year on after deportation

Having “forgiven, healed and matured”, Kweku Adoboli tells JoyBusiness his prospects for Ghana are bright and rooted in a quest to create wealth and improve the financial sector.

“I forgave everything a long time ago. You know it's almost like I forgave them for deporting me before they deported me, even though it really hurt.

You know, we Ghanaians - generally black people actually - We take suffering really well. And you know we're taught to be stoic, stand up and move forward.

And you know we're building stuff and I'm learning things and meeting people, making friends and it's a community. So there's no need to look backwards. We need to look forward and what I care about now is how do I bring people here to be with us so that we can build things and move forward to moving forward ever since we touched down in Ghana.”

When news broke about the legal tussles the Ghanaian-born trader faced regarding the reported financial scam that got him in jail, many had suggested the financial brain could help improve Ghana’s banking sector. Even though he remained tight-lipped on whether or not some banks had approached him while in Ghana, Mr Adoboli expressed the need for the country’s payment system to have a facelift.

“I've been focused on areas such as how we can deepen our markets; how do we create products that will it that will unlock a lot of… there's a lot of money in Ghana. But it's very hard to unlock it because there are no products or mechanisms to unlock them.

So what we need to do is actually think strategically. What do we need to build to allow all of this money pension fund money that's locked in housing?

You know everyone pays for their house with cash so there's no leverage of housing mortgage debt. And some of that is necessary for us to increase our ability to compete on a global scale.

A call for blockchain technology

The use of blockchain technology is not limited to cryptocurrency. It can also be used to tokenize everything including property, administer elections, and validate all forms of ownership.

Universa, Ethereum, EOS, WAVES are examples of blockchain technologies currently in use. Interestingly, there are no regulations that streamline these systems of innovation.

The Securities and Exchange Commission (SEC) has so far been advised to consider some form of regulation to make this effective. Describing Ghana’s Payment Systems as “challenged”, Kweku Adoboli proposed to JoyBusiness the need for BlockChain Technology to leverage payment systems in the country.

Mr Adoboli said, “Banking payment systems in Ghana are challenged. I'm going to use a euphemism - they're challenged and we have a lot of work to do to develop systems that are much more efficient. Much lower levels of friction much lower cost. 1 per cent to do a movement transfer is too much. 3 or 4 per cent to release foreign currency that's been sent in is too much. If the friction level is 1 per cent then nobody wants to spend any money.”

He added “So blockchain would help. What we need to do is not go incrementally. Right. You've got a legacy system, let's develop it a little bit. Actually, we need to think really big and go; how do we leapfrog so that we don't spend years and decades iterating forward and blockchain is a mechanism that we could rely on either to build digital currencies or to understand the ledger better and be able to track payments and cash flows et cetera? It would help us and if we could attract people with the skills.”