We Disagree With Mr. President 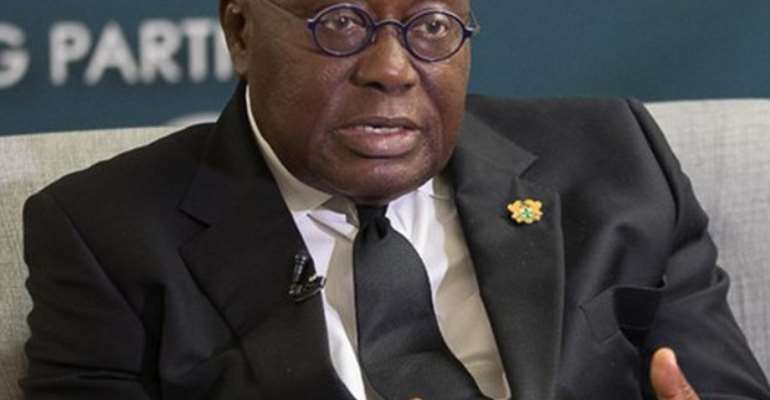 Opposition elements who knowingly took double remunerations have still not faced the law.

They appear to have succeeded in manoeuvering to escape the net of infraction of the law, something which should not be promoted under any circumstances.

Such breaches go with consequences unless we want to reverse the dictum that 'nobody is above the law' regardless of their social or political standing in society. Anything contrary to this would impact negatively on the rule of law.

The President's body language does not suggest he is interested in having the case pushed to its logical conclusion, which is the court of competent jurisdiction. He would rather sleeping dogs were allowed to lie.

We disagree with the President on this score and would want those caught in the net of receiving double pay to be processed for court and the punitive action visited upon them as the law prescribes.

The 50-50 chances of the success of the case in court as the President observed, for us, should not stop prosecution because that is the law more so since cases are either won or lost.

A situation where politicians ‒ especially when they are on the other side of the aisle would be let off the hook because of the fear that legitimate action against them in cases of the breaches of the law would be regarded as a witch-hunt ‒ should not constitute good reason why nothing should be done by way of prosecution. Such actions only strengthen our institutions and ensure the prosperity of the nation.

This is a subject which most of us have followed since news about the double pay was broken on the media space. There has been a deliberate lull on it because of an apprehension that the outcome could go either way; we can deduce. For us, however, this is inappropriate.

It is for the courts to decide upon the presentation of relevant and convincing evidence.

Credible information indicates that some of the culprits have made overtures to the authorities to refund the moneys they illegally collected from the state kitty. This speaks volumes about the importance of the subject and why it should not be pushed under the carpet as it appears to have been.

Pleading for bargain ‒ which is what some of the illegal beneficiaries of the state money resorted to in the heat of the matter and request that it be deducted from their ex gratia when the time is due ‒ is as revealing as it is laughable.

Whatever decision was taken in the face of the pleas of the culprits is beyond our ken. We can confirm though that the culprits have succeeded in having the subject confined to the backburners. We want it returned to the front so action can be taken.

Anti-LGBTQI+bill not to engender hatred for persons, meant t...
23 minutes ago

JB’s two phones tendered in as evidence
23 minutes ago