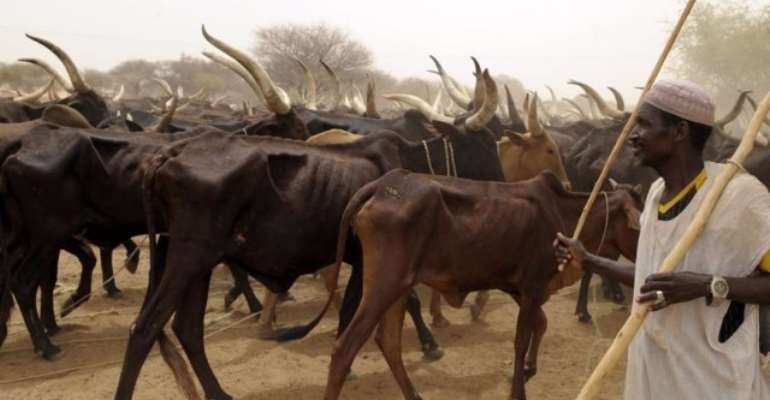 That about 22 nomadic herdsmen, mainly of Fulani descent, were killed at Asante Mampong and Nsuta areas of Ashanti region in 2019 alone, Association of Fulanis.

The Fulani community in the areas disclosed this at a meeting organised by the Municipal Chief Executive of Asante Mampong, Thomas Appiah-Kubi, to find a lasting solution to the fight between the locals and cattle-owning Fulanis.

The National Secretary of Association of Fulanis, Yakubu Musa Barry, who revealed this said all the incidents of the murder have been reported to police but no arrest has been made so far.

According to him, in the latest incident, three herdsmen were found dead in a bush about two weeks ago under strange circumstances.

“Three herdsmen were recently found dead; we reported to the police yet no arrest has been made; is it because we are Fulanis?” he asked.

Mr Barry, therefore, called on the Municipal Security Committee to intervene to arrest the worrying trend.

He proposed a joint task force of police, herdsmen and the locals to constantly patrol the area to ensure confrontation between herdsmen and farmers do not escalate.

“I am begging the chiefs within the communities to talk to the indigenes to restrain themselves when they notice the animals are on free-range, to avoid bloody clashes with the herdsmen.

On his part, Mr Appiah-Kubi, who chairs the Security Committee, said steps were being taken to ensure a peaceful co-existence between locals and the herdsmen as police investigate the murders.

“We cannot do away with the Fulanis completely because our survival on meat depends on them and same with the farmers here,” he noted.

He promised that the Municipal Security Committee would meet and find a lasting solution to the challenge.