State of emergency as bushfires rage in Australia 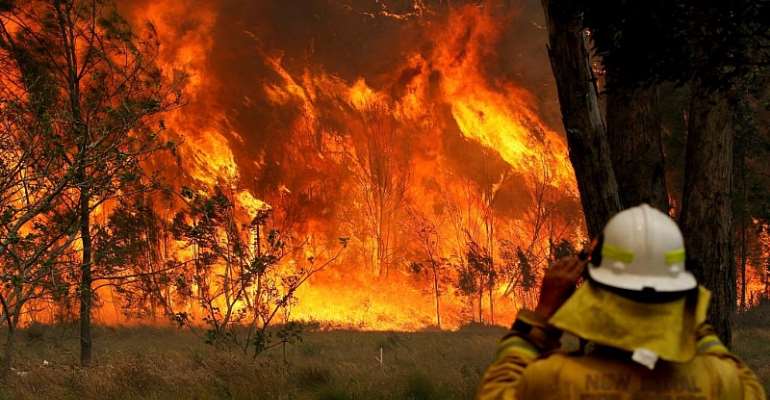 A state of emergency has been declared in Australia's most populated region as an unprecedented heatwave fanned out-of-control bushfires, destroying homes and smothering huge areas with toxic smoke.

As thousands of firefighters battled blazes, temperatures neared 50 degrees Celsius in some places and authorities warned the extreme weather conditions could deteriorate even further.

In New South Wales, Australia's most populated state with Sydney as its capital, more than 100 bushfires were burning on Thursday, many of them out of control.

The nation endured its hottest-ever day on Tuesday, but that record was smashed again on Wednesday - which saw an average maximum of 41.9°C.

At least 20 houses were destroyed in New South Wales on Thursday, according to national broadcaster ABC.

Meanwhile, the five million people who live in Sydney continued to choke on smoke from a "mega-blaze" ringing the city.

Doctors have warned the smoke, which has shrouded the state capital for weeks, has created a "public health emergency".