Trump Impeached For Abuse Of Power 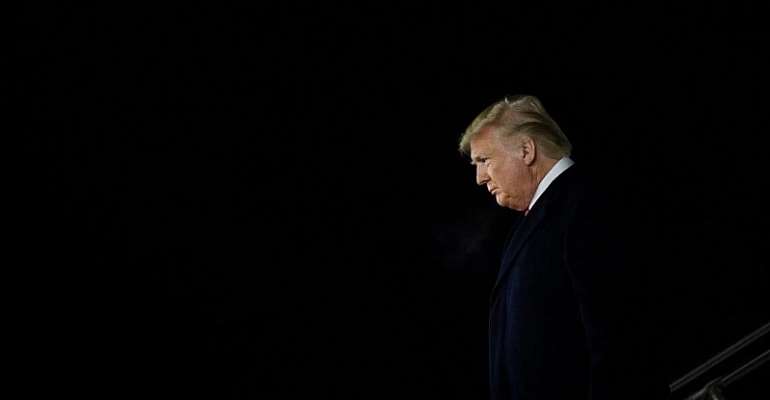 US President Donald Trump was impeached for abuse of power in a historic vote in the House of Representatives on Wednesday, setting up a Senate trial on removing him from office after three turbulent years.

By a margin of 230 to 197 in the Democrat majority lower house of the US parliament, the 45th US president became just the third occupant of the White House in American history to be impeached.

Democrats said they had "no choice" but to formally charge the 73-year-old Republican. "What is at risk here is the very idea of America," said Adam Schiff, the lawmaker who led the impeachment inquiry, ahead of the vote.

Trump will now stand trial in the Senate, where his Republicans hold a solid majority and are expected to exonerate him.

The House vote came four months after a whistleblower exposed the scandal of Trump pressuring Ukraine's president to investigate his potential White House challenger in 2020, the veteran Democrat Joe Biden.

After a 10-hour debate, lawmakers also voted 229-198 to approve the second article of impeachment facing Trump -- for obstructing the congressional probe into his Ukraine dealings.

Despite testimony from 17 officials that Trump leveraged his office for political gain, the president maintained his innocence throughout the impeachment inquiry -- denouncing it as an "attempted coup" and an "assault on America."

White House spokeswoman Stephanie Grisham blasted the House vote as "one of the most shameful political episodes in the history of our Nation," saying Trump is prepared for the next steps and confident that he will be fully exonerated.

Neither of the two previous presidents impeached since 1789, Andrew Johnson in 1868 and Bill Clinton in 1998, was convicted in the Senate, and both held onto their jobs.