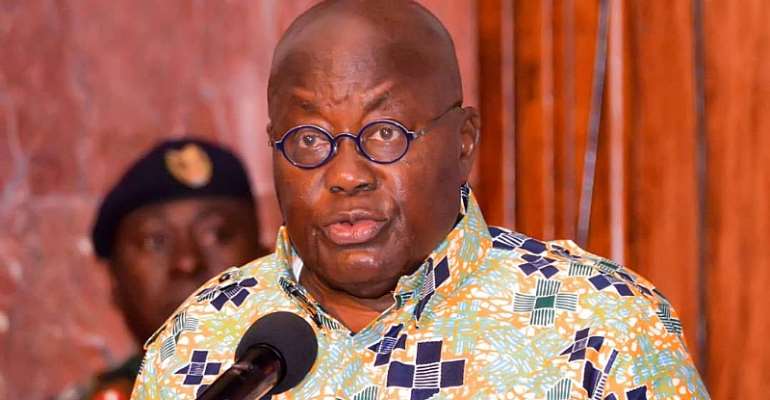 The attention of the Ministry has been drawn to negative reportage on selected One District One Factory (IDIF) projects following the recent Media Encounter by His Excellency the President.

The reportage maliciously attempts to belittle the progress made by the Government in facilitating the operationalization of the IDIF initiative. The said reportage makes reference to 2 companies, Unijay Garments Limited and Volta Forest Products as companies reported by the Ministry to be IDIF companies already in existence or are operational.

The Ministry wishes to state categorically as follows:

Unijay Garments Limited
This company located in Kumasi produces garments. The company applied for assistance under the IDIF programme in July 2017 and has gone through the required screening and qualified to receive support under the IDIF programme. The company has subsequently received an amount of Ghs2.5 million from Prudential Bank Limited as a IDIF company, which amount has been applied as working capital for the existing business. In addition, the company has applied for an additional Ghs10 million for an expansion programme under the same company name which is currently being considered by the Bank under the IDIF programme. In light of the above, it is difficult to understand how anybody could reasonably object to the description of Unijay Garments Limited as an existing IDIF company.

Volta Forest Products Company
This company located in Hohoe, Volta Region is engaged in the manufacture of wooden products. The company applied for assistance under the IDIF programme in Nov. 2017 and has gone through the required screening and qualified to receive support under the IDIF programme. The company has subsequently received an amount of Gh1.5 million from Prudential Bank Limited as a IDIF company, which amount has been applied as working capital for the existing business.

For the avoidance of doubt, the Ministry has consistently and publicly made reference to the following facts about the IDIF programme:

Under the 2020 Budget, Government has provided resources to support Business Promoters to establish IDIF projects in the remaining 148 Districts currently not covered under the programme.

The Ministry wishes to advise individuals seeking information on the implementation of the IDIF programme to contact directly the Chief Director of the Ministry of Trade and Industry and avoid making references to the IDIF initiative without reliable information.

Modern Ghana Quote Reports
Catch up with all the political quotes from our politicians.
Sponsored
More Rejoinder
Modern Ghana Links
Rejoinder: Purchase of contract documents by contractors and suppliers
NLA Rejoinder To Alpha Lotto
Parking enforcement at the Kotoka International Airport needs to be desired.
Rejoinder: Rawlings 1981 Coup’ justifiable—Dr. Kwesi Jonah
Re: The Immerging Monster Of Tribal Politics - Part 1
We are always committed to paying big wins---NLA denies allegations by Lotto Marketers
RE: There is possibility of a lockdown, tighter restrictions – Oppong Nkrumah
A response to Hon. Kyei-Mensah Bonsu for his comments on selection of NPP Flagbearer 2024
Allegations against Dr. Hafiz strange and outrageous—Group counter allegations
Quote Reports Dossiers
TOP STORIES

I've never seen a male goat or cow running after another mal...
4 minutes ago