Democrat' Impeachment Agenda Against Trump Cannot End In An Impeachment 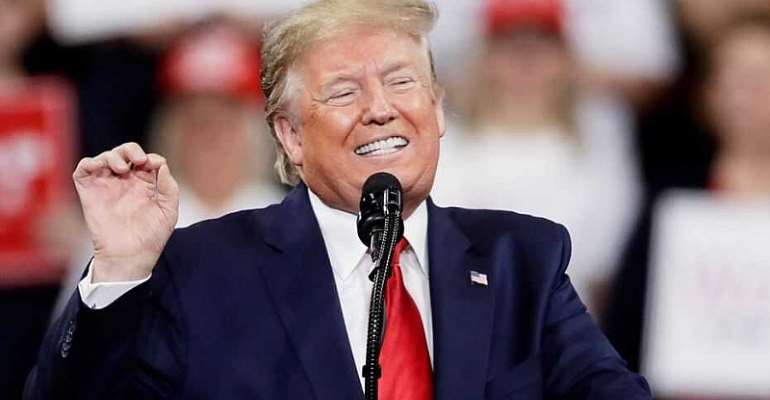 President Donald Trump's Impeachment process is ongoing in the United States of America (USA). It is being spearheaded by the Democrats, and was initiated by House Speaker Nancy Pelosi on September 24, 2019 after a whistleblower alleged that Donald Trump had abused the power of the presidency by requesting of the Ukraine's President; Volodymyr Zelensky through a phone call made on July 25, to help him with an investigation into alleged issues of corruption and abuse of power committed by Joe Biden and his son; Hunter Biden in relation to their involvement with a Ukrainian company called Burisma.

Aside this whole Trump's impeachment process by the Democrats galloping on the back of Trump-Ukraine-Biden saga being a very weightless issue packed with loads of propaganda and twisted informations with the intent to malign Donald Trump and distract his governance, and also full of facts of no wrong doing on the part of Donald Trump, it is also a process that can not even lead to an impeachment of Trump.

Note, I am of the opinion that the process is evidently surfaced with a "much ado about nothing" and an "exercise in futility" because a careful diagnosis of the USA constitution runs not in a favour that will end with an impeachment even if Trump had committed any wrongdoing. It is just a clear waste of every one's time and also productive time and energy which could have been used to help with the development of America and the welfare of its citizens, and the reasons for my assertion is as below.

Note, the founders of US created the office of the presidency, and for the fear of an abuse of its powers, included in the constitution a procedure for the removal of a sitting president, where by a president can be removed on grounds of treason, bribery or any other high crimes and misdemeanor. The summarized procedure for impeachment is as below;

i) A request for the impeachment is done by a member of the House of Representatives or sometimes by a non-member.

ii) An investigation is then done by the House Judiciary Committee to determine whether there are grounds for impeachment.

iii) If a simple majority of the House through voting pushes for impeachment, it is sent to the Senate for trial. The Senate's trial involves calling witnesses, cross examination and the official to be impeached moving defense with his attorneys.

iv) After the trial, the Senate votes on it, and the constitution requires a two-thirds (2/3) super-majority to convict a person being impeached.

The above procedure means it will depend on a 2/3 of the Senate meaning sixty-seven (67) members of the Senate to determine an impeachment of Trump.

At the Senate, out of its one hundred (100) members, the Republican Party has a majority of fifty-three (53), the Democratic Party has forty-five (45) and two (2) for independent. But since the constitution requires 2/3 of the Senate meaning 67 of its members for an impeachment, of which the Democrats only have 45, it will mean the Democrats will require twenty-two (22) more of the Senate's support from members affiliated to the Republican and Independent Parties before an impeachment of Donald John Trump can be achieved, and this is highly impossible.