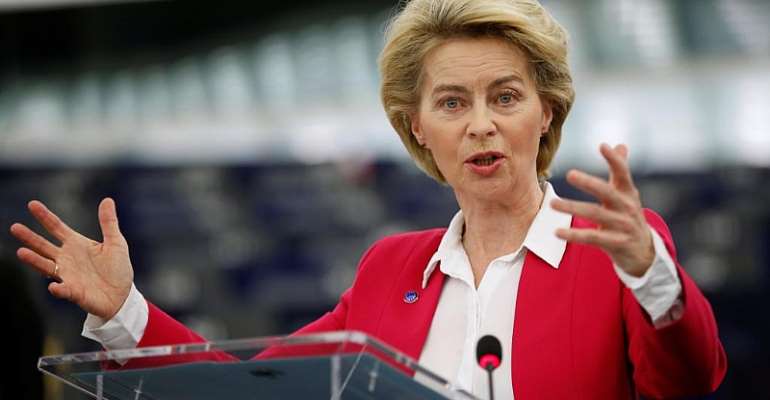 European Commission President Ursula Von der Leyen has warned that Britain stands to lose more than membership to the EU if the two sides cannot broker a deal by the end of next year. Her comments have drawn the ire of eurosceptics.

"It's absolute tosh," Keith Boyfield, a regulation fellow at the UK-based Institute of Economic Affairs told RFI, after the EU chief warned that failure to secure a trade deal would hurt the UK more than Europe.

He says Germany risks being hardest hit by a no-deal Brexit in terms of job losses: "Look at how many cars the Germans export to the UK.

"In terms of the balance of trade, Germany and France have far more to lose by not agreeing an appropriate trade deal with Britain."

Ursula Von der Leyen, a former German defence minister, on Wednesday warned MEPs at European Parliament in Strasbourg that the timetable for building a future relationship with Britain was "extremely challenging".

"In case we cannot conclude an agreement by the end of 2020, we will face again a cliff-edge situation," she said. "This would clearly harm our interest but it will impact the UK more than us."

Time running out
And time is of the essence. Britain is due to leave the European Union on 31 January, but will remain in a transitional period until December 2020 while negotiators debate the contours of future trade ties.

Boris Johnson, who won a comfortable majority last week, has said he will not ask for more time.

MPs are due to vote on Friday on the flagship Withdrawal Agreement Bill, which will "legally prohibit government agreeing to any extension" to the transition period, a Downing Street source said.

That leaves only 11 months for negotiations. EU officials are concerned this will limit the scope of trade talks.

"I think it will focus the attention on our friends in Brussels to do a deal," reckons Boyfield.

Business uncertainty
In the meantime, UK and EU businesses are preparing for the worst, forking out hundreds of millions of pounds and euros on contingency plans.

Experts doubt that a comprehensive trade agreement can be finalised in just a year, raising the prospect of more uncertainty for businesses.

A no-deal could hurt car manufacturers, Boyfield admits. "Their whole supply chain has been built around moving car components to and from the continent. But they can adjust."

The regulation expert says a weaker pound against the euro will favour British companies.

"Cars manufactured in the UK are now far cheaper because they're priced in pounds, so the devaluation of the pound has outweighed any potential impact of tariffs being imposed on cars from the UK," he said.

EU governments must approve a draft mandate for Brexit negotiations in February to pave the way for new talks on 1 March. Von der Leyen insists she wants EU-UK relations to be as "close as possible", but not too close to the cliff-edge.