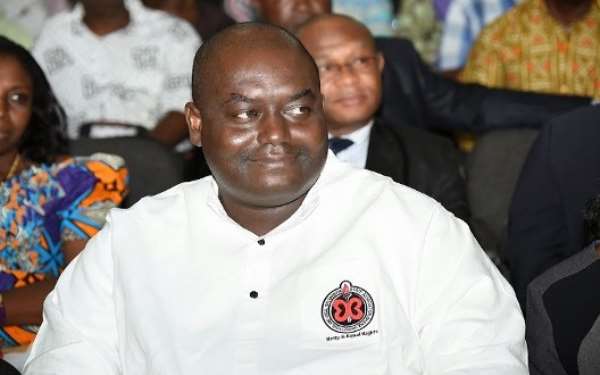 The Civil and Local Government Staff Association of Ghana (CLOGSAG) has refuted suggestions by the Trades Union Congress for the postponement of the implementation of the Tier-2 occupational pension scheme.

The Social Security and National Insurance Trust (SSNIT) had stated that effective January 1, 2019, persons who go on pension will no longer receive their lump sum payments from SSNIT but rather their Tier-2 pension schemes.

But the TUC earlier this week called for more time as funds allocated to the Tier-2 occupational schemes were only released last year and there is no guarantee retirees will be able to get a lump sum equal to what they would have received from SSNIT.

The Executive Secretary of CLOGSAG, Isaac Bampoe Addo, addressing a press conference in Accra stated that the comments by TUC are regrettable and not factual.

“It is regrettable that at the eleventh hour, TUC and its cronies are calling for another extension of the implementation of the tier 2 occupational pension scheme based on flimsy excuses not supported by facts,” Mr. Addo said.

According to CLOGSAG, the suggestion by TUC is a strategy to cripple and destroy this enviable policy on pensions adding that “they will not sit unconcerned for this policy to be derailed or bastardised on fake arguments.

“The viability of each of the occupational pension schemes could be assessed by the schemes themselves. None of the public sector operational schemes has said they needed more time or further extension.

He maintained CLOGSAG will not take kindly to any suggestion for the January 1, 2020 commencement date of Tier-2 lump-sum payments to be extended. Implementation challenges

Until last year, tier two contributions of public sector workers were lodged in the Temporary Pension Fund Account (TPFA) at the BoG, awaiting the full establishment of the schemes and the completion of paperwork to allow for their transfer to the relevant private sector schemes for management.

Using that as a basis, Dr. Yaw Baah, TUC Secretary-General wondered if investing those funds would have “yielded anything meaningful” for workers.

“Not only that; there are still public sector workers who do not know to which schemes they belong. So there are still implementation challenges that are being sorted out and I think that we need more time,” he said. Pass credit

Started in 2010, the national pension reforms are envisaged to ensure adequate, sustainable and improved benefits that guarantee retirement income security for workers.

The reforms are anchored on the National Pensions Act, 2008 (Act 766), which established the three-tier scheme, to be regulated by NPRA.

The law allows SSNIT to manage tier one contributions of workers, while private schemes are allowed to collect and invest tiers two and three contributions.

Under the current arrangement, SSNIT will stop lump sum payment next year, although it will continue to pay monthly pensions.

With regard to 2020, however, the trust is due to pay pass credit, which refers to the pension contributions and the accompanying returns of a worker with SSNIT prior to the coming into force of the three-tier scheme in 2010.