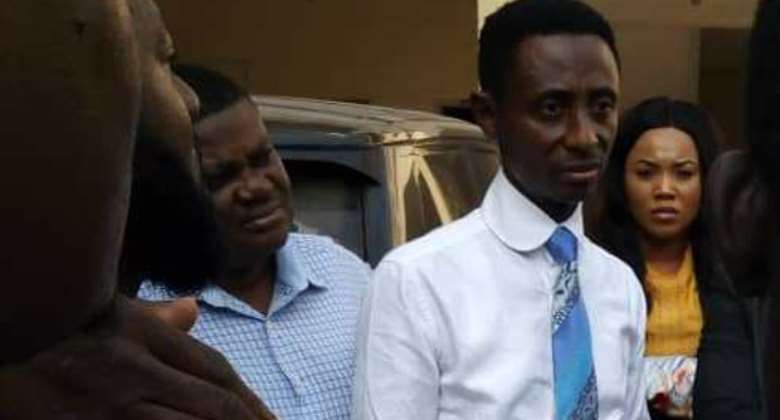 But for the timely intervention of the police, some angry residents of Tarkwa in the Western Region would have beaten the Founder and Leader of Zoe Outreach Embassy in Accra, Pastor Kelvin Kwasi Kobiri.

Hell broke loose on the premises of the Tarkwa High Court on Monday when the disgruntled residents, believed to be part of those whose funds had been locked up in the pastor's Zoe Investment, attacked and wanted to beat him to pulp.

Pastor Kobiri arrived on the premises of the court on Monday in his white Range Rover to respond to a suit against him by a customer for allegedly issuing three dud cheques.

However, the judge in charge of the case was reported to be on vacation so the court could not deal with it.

According to an eyewitness, before the pastor could step out of his car, the angry customers, who had a hint of his coming and so were loitering around, rushed on him and dragged him out of the vehicle into the courtyard to demand their locked-up funds.

“They pushed him and his wife violently. Another man with him who was using his phone to record the scuffle had the phone seized and hit on the ground.

“If some armed policemen from the Tarkwa Divisional Police Command had not intervened, the Founder and Leader of the Zoe Outreach Embassy church would have been seriously injured,” the eyewitness said.

It would be recalled that in June this year, some members of the Zoe Outreach Embassy stormed the pastor's church services to cause confusion over the locked-up funds.

They claimed that their funds had been locked up in two businesses of the pastor which include EL Real Estates and Tikowrie Capital.