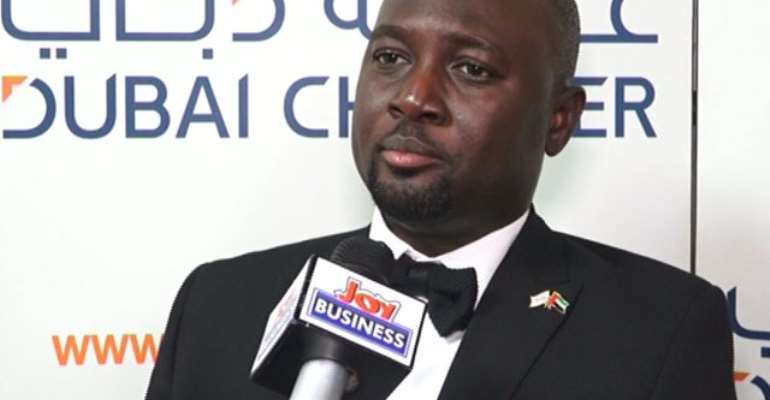 The Dubai Chamber of Commerce International Office in Ghana has revealed that trade between Ghana and the UAE capital city is likely to hit $2billion by the end of 2019.

According to the Head of the Ghana office, Cyril Darkwa the country’s trade relations with the United Arab Emirates, this year has seen significant progress as compared to previous years.

Even though the Chamber projected about $4 billion for 2019 financial year, it was met with some challenges and new regulations introduced in Dubai which did not allow it to meet its target.

Speaking at the Chamber’s end of year stakeholders dinner in Accra, “Obviously there were some difficulties for some local companies and this came about as a result of the 5 per cent VAT implementation in Dubai; there was a lot of confusion from traders with respect to that so it caused a slowdown in trade but we’re hoping that once the figures come up at the end of this year. We will see a much better improvement on the 2018 figures which was about 1.2 billion dollars so we’re looking at probably about some $2 billion for the end of this year.”

Earlier this year, the Chamber was optimistic about increasing non-oil trade with Ghana from 2019 to further deepen bilateral relations between Ghana and Dubai.

The value of Dubai agriculture sector is worth over 100 billion dollars - figure Ghanaian farmers can greatly gain from.

The event featured an indigenous business, Busy Bee Honey winning a $10 million partnership deal to supply honey to Dubai. Chief Executive of the business, Asiome Adoboe urged local businesses to join the Chamber as there are more opportunities to expand and meet international market demand.

Wesley Girls' brouhaha: We’ll cooperate with authorities to ...
16 minutes ago