'Aponkye' Threatens To Go To Court Over Electoral Defeat 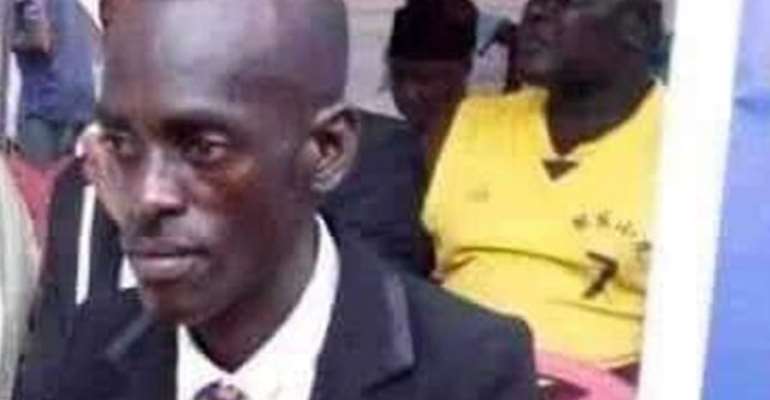 Aspiring Assemblyman for Adukrom Nima in the Ashanti Region, Nana Adabor Ibrahim Issah Ampim aka ‘Aponkye’ has threatened to challenge the results of Tuesday’s polls at the Supreme Court.

According to results declared by the Electoral Commission (EC) officials for the area, Aponkye polled only 234 votes against the winner, Abdul Rashid, who polled 1056 votes.

Reacting to the results, Aponkye told Joy News that the ballots tallied by his polling agents at were different from what the election officials released after the ballots from all 17 polling stations were announced.

He had taken to the streets jubilating with his supporters before the total results were declared.

According to the provisional results by the EC , Aponkye polled only 19% of total votes cast. The other contenders – Maxwell and Iddirsu Abdallah – garnered 789 and 513 votes respectively.

“I will go to the Supreme Court because I do not understand why I never won the elections,” Aponkye told Joy News’ Mohammed Nurudeen.

Hon Aponkye won the popular vote days ahead of the December 17, 2019, District Assembly and Unit Committee elections after a widely publicised and humourous electioneering campaign.

Among other things, he promised to provide free daily breakfast for the youth in his electoral area if he won power.

Hon Aponkye, who is a barber, says he is constantly consulting with the residents of Adukrom Nima Municipal Assembly and believes he is the answer to the Assembly’s numerous problems, top among them sanitation and security.