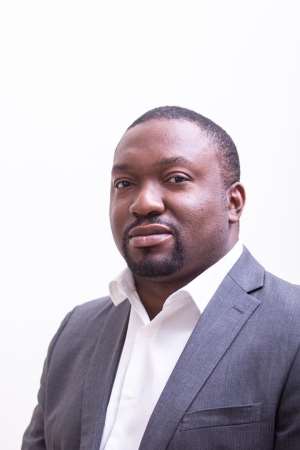 Dr. Francis Nana Yaw Boakye, a Medical Doctor at the Komfo Anokye Teaching hospital seems to be gaining grounds in his quest to take over the Asokwa Parliamentary seat from the incumbent, Madam Patricia Appiagye.

Madam Patricia Appiagyei aka Mama Pat seems to be falling out of favor with most of the residents. Many of the residents of Asokwa began to take the medical Doctor seriously when he refurbished a school block that had been destroyed by rainstorms. He is also known to have provided a lot of relief and medical services to many constituents.

Dr Francis Nana Yaw Boakye is currently the only conspicuous contender for the seat.

It was previously rumored that former MP for the area; Maxwell Kofi Jumah was lacing his boots to join the race. Nothing of the sort has however been seen. It would seem however that Mr. Jumah, currently CEO of GIHOC Distilleries, has subtly thrown his support behind the medical Doctor. This conclusion is however circumstantial based on the bulk of Mr. Jumah loyalists backing the Medical Doctor.

The residents accuse the incumbent MP of under-performing. They pointed to bad roads, failing factories, rising unemployment and helplessness among the youth of the area. They insist that the MP of Asokwa is well placed to play important roles in mitigating their plight.

Madam Patricia Appiagyei is seeking a third term as MP for Asokwa on promises of bringing development to the area; promises that are not new to the people who say they are fed up with her failed promises.

The Asokwa NPP Parliamentary contest continues to get interesting as disunity amongst the Rev. Fosu Nkrumah-led Constituency Executive body also takes its toll.