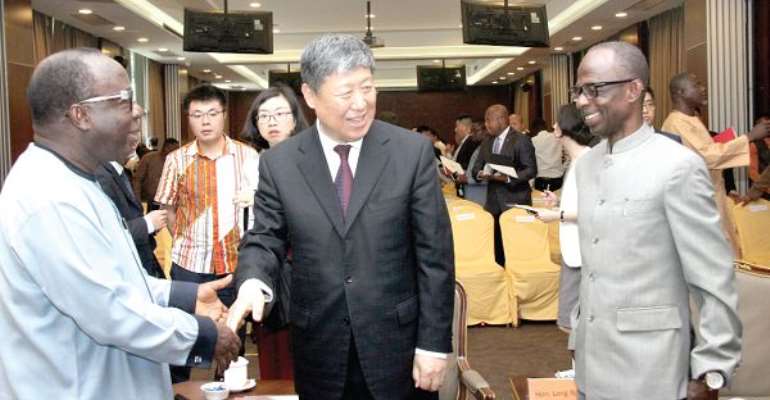 Ghana needs to replicate aspects of China’s governance systems to ensure an all-inclusive development that leaves no citizen behind, the General Secretary of the National Democratic Congress (NDC), Mr Johnson Asiedu Nketia, has suggested.

He said the people-centred Chinese governance and development system had enhanced the country’s development despite their large population, stressing that “this is something which is worth emulating”.

Mr Nketia was speaking in Accra last Monday at a workshop and the launch of China’s President, Mr Xi Jinping’s book, “On Building a Human Community with shared future.”

It was also used to announce the outcomes of China’s diplomatic principles and policies established by China’s fourth plenary session of the 19th Central Committee of the Communist Party of China.

Bilateral Relations
Commenting on Ghana’s bilateral relations with China over the past decades, Mr Nketia observed that Ghana’s relationship with the Chinese government had been distinct from other development partners from other countries.

“Our friends from China do cooperate with us not on the basis of imposing Chinese values on us. They recognise our individual cultures and the right of every country to choose its own path to development and that is what makes the Chinese cooperation stand out from the rest,” he stated.

For his part, Mr Freddie Blay, said he was proud of the unwavering relationship between Ghana and China.

“Ghana has been a very good friend of China, we are proud of that relationship, it is long lasting that our development is based on good understanding, non-interference and an appreciation of our cultural differences”, he said

A member of the fourth plenary session of the 19th Central Committee of the Communist Party of China, Mr Leng Rong, noted that in the last 10 years, China had been Africa’s largest trading partner.

He commended Ghana for sustaining its relationship with China.

The book, which was later translated into English in April 2019, further spells out specific global measures of making economic realisation more inclusive with a human-centred approach for sustainable development.

The 588-page book, which was compiled by the party history and literature research institution of the Communist Party of China (CPC) includes 85 speeches on the subject “On Building a Human Community with a Shared Future”.

It seeks to help readers gain a clearer understanding of Mr Jinping’s thinking on building a human community with a shared future.