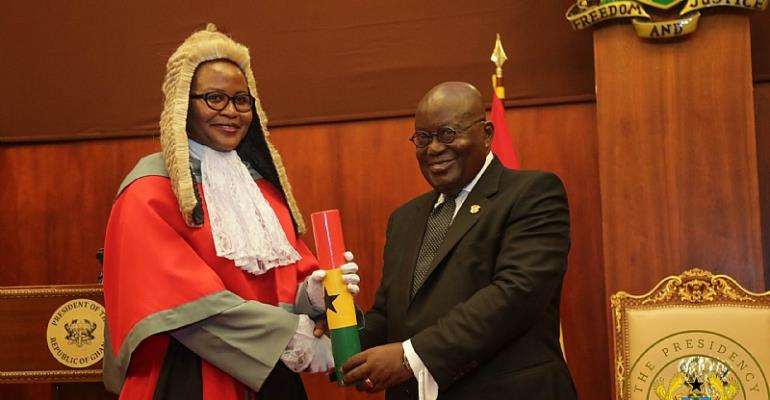 In most of my articles, I speak against Ghana’s judiciary system because it doesn’t work, since the entire system is deeply corrupt. This is one of the reasons crimes have increased in the country.

As for Akufo Addo, it’s necessary for every country in this world to have a leader, the reason Ghana has one but this man could have been a very good carpenter.

He likes to make certain great speeches to impress that he is an intelligent man but intelligent leaders don't depend on such a large number of ministers to build a good sustainable economy.

I have said it before and I am repeating that: "if your father was a good politician doesn’t mean you will also be good."

I understand Ghanaians for voting out Mahama, who mismanaged governmental affairs and involved in a series of corruption in the country but he has something special as a leader, which sick and tired Ghanaians don’t value it any longer because of political abuse of power.

If people hate you, there is nothing you can do to please them, that’s the problem Mahama faces now. Thousands of Ghanaians have totally lost confidence in him but the fact is Akufo Addo is not a good leader.

Like a dragon in a fairy tale, he spews out the fire but nothing is burning, no effect, things are getting worse under his administration and more Ghanaians are becoming frustrated.

Armed robbery has increased, people are hungry, ministers boasting of achievements they have failed to see as failure or inefficiency.

People have lost their jobs and businesses have collapsed, yet many Ghanaians still see Akufo Addo as their Messiah because of the hate for Mahama.

The newly sworn-in 45 justices into office will not bring any change because Ghana’s judiciary is deeply corrupt beyond salvation.

Therefore, Akufo Addo, no matter how you'll clean pigs and make them shine like gold, will return to the mud and everyone will see their true colour like charcoal.