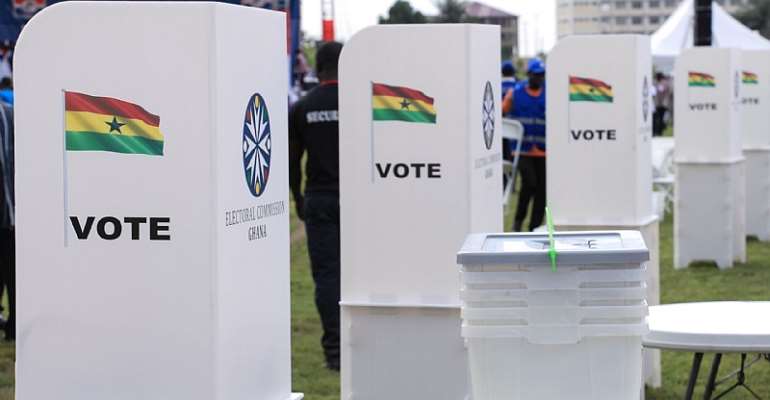 The Electoral Commission (EC) will today, Wednesday, hold elections in some electoral areas where polls were not held during the nationwide exercise on Tuesday.

The nationwide electoral process was scheduled to take place on Tuesday, December 17, 2019, but some areas were unable to hold the polls due to various challenges.

Director of Electoral Services at the Electoral Commission, Dr. Sereboe Quarcoo told Citi News that polls will be conducted between 7am and 5pm in the affected areas today.

“Looking at the numbers, some challenges were encountered and we are going to do those elections on Thursday. For Tema we were able to print the ballot papers but we were a bit late. They finished around 8 [am] and the candidates agreed that it was a bit late so it should be postponed,” he said.

Dr. Quarcoo, however, said the process was largely successful across the country despite the challenges.

In some areas such as Tema Central, the images of the candidates were wrongly placed on the ballot paper. The election was thus put on hold.

The presiding officer for Tema Royal number three annex, Sitso Yaa Agbeko Kra, told Citi News that the election will commence once the new ballot papers were printed out.

“We saw an anomaly whiles cross-checking one of the district assembly election ballot papers. The last two candidates had their pictures wrongly placed against their names.”

“We called officials from the office and they came around. When they saw the anomaly, they decided to reprint. They told us to hold on and that they are bringing the new print out so that we continue the elections,” she explained.

In its midday situational statement, it however noted that there were some logistics challenges at about half of the polling stations visited.

The polls at the Sokpayiri electoral area in the Wa municipality of the Upper Region were cancelled because the officials did not have ballot papers.