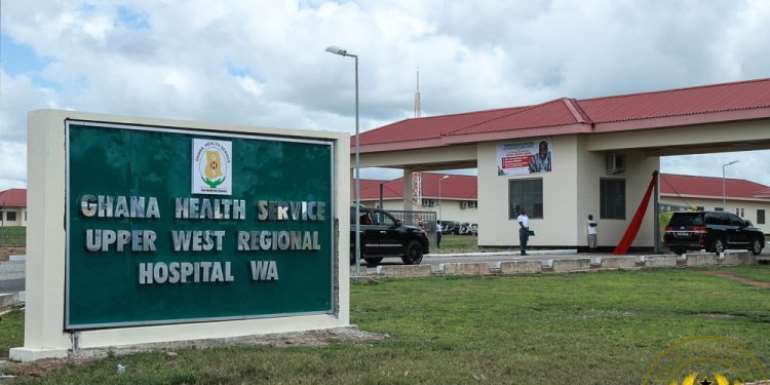 Quality healthcare delivery at the Upper West Regional Hospital is going down as the facility is currently grappling with a barrage of legal suits from its suppliers.

Citi News‘ sources at the facility indicate that most companies providing medical supplies and other essentials have suspended their services and resorted to the law court to retrieve various sums of money owed them by the facility.

Citi News can confirm that the hospital is indebted to the tune of over GHc4.5 million.

The situation has attracted the attention of state investigators like the Economic and Organized Crime Office (EOCO) who have indicted some past and present staff of the hospital for paying to themselves unearned allowances.

The hospital which is the major referral health facility in the region has for the past couple of years been facing a series of challenges ranging from inadequate critical staff, poor infrastructure, obsolete equipment to poor management.

Government in August this year commissioned an ultramodern new regional hospital but it is still closed to the public.

The Upper West Regional Director of Health, Dr. Osei Kuffuor Afreh confirmed the findings of Citi News but declined to give further comments.

He, however, disclosed that “the new hospital has been given a temporary accreditation by the National Health Insurance Authority (NHIA). Staff who have been recruited to man the facility will also end their internal training before the end of the week.”

Dr. Afreh also bemoaned that “doctors and other critical staff who are posted to the region usually fail to turn up”.

The situation according to the director is hampering healthcare delivery as some people are compelled to now resort to Tamale and other parts of the country for treatment.