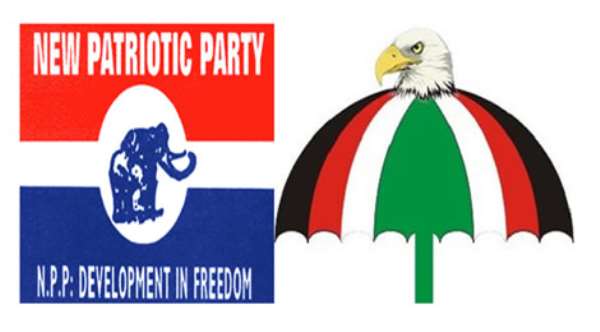 Social media will certainly be a major campaign weapon for the two leading political parties in Ghana – the ruling New Patriotic Party (NPP) and the opposition National Democratic Congress (NDC) – in the 2020 elections.

Consequently, fake news will rise, deepfakes may emerge, disinformation will increase, online abuses will be widespread and online political propaganda may thrive.

A recent research report released in November 2019 reveals how the two leading political parties may be busily building “battalions of social media armies.”

The study, carried out by a team of academics from three European universities and published by the University of Exeter, is titled: “Social Media, Cyber Battalions, and Political Mobilisation in Ghana.”

The study's findings signal how both NPP and NDC may be preparing to massively deploy social media for the 2020 elections.

For example, the study notes that by mid-2019, the NPP had “a social media army of over 700 people on small allowances.”

And this reminded me of the US$6million allocation in the 2020 budget for what is called government communications!

The NDC, on the other hand, is not idling on this front.

The study reveals how the NDC is also busily building social media teams by “recruiting a large number of social media communicators.”

Touching on the deployment of social media in elections, the report reveals how the NPP trounced the then ruling (now opposition) NDC in the social media battlefield during the 2016 elections.

It then highlights how social media dominance may have contributed to the NPP's overwhelming electoral victory in the last elections.

Having realised the fruits of social media deployment during elections, the NPP, according to the report, is maintaining and strengthening their social media architecture.

And having learnt their lessons, the NDC is busily catching up with what the authors refer to as the “NPP's social media machine.”

“The NPP executed a collective and targeted social media campaign strategy in the 2016 elections and has since maintained that structure,” the report says.

It further reveals that the NPP has at least one social media communications officer at every level of the party structure– from the national office down to the regional and constituency offices.

The report goes on: “The fact that these social media communicators are recruited on the basis of their vocal support for the NPP online – as well as the other potential opportunities that come from being a visibly effective party activist – also encourages others (who are not on an allowance) to actively promote the party and attack their opponents on social media.”

On the NDC, the report notes that: “The NDC was slower to recognize the potential of social media for electoral politics. The party's 2016 social media campaign was relatively disorganised and sporadic.

Some individual politicians – government officials and members of parliament – had small teams of communicators who promoted their works on social media largely on a volunteer basis.”

The NDC, according to the study, lacked “a centralized and coordinated social media team which created internal feuds between different social media factions within NDC who rivalled each other for the attention of the president.

This likely contributed to confusion among supporters in 2016 and a decrease in overall turnout among those who had historically voted for the party.”

At this stage, one cannot be sure of the ultimate size and capacity of the social 'media armies' that will be unleashed by the NPP and NDC and how they will battle for supremacy in the social media sphere.

But we can be certain of the effects – the proliferation of false campaign messages, fake news, propaganda, disinformation and an uncompromising social media offensive on discerning and dissenting views.

In the context of elections, the deployment of social media can be for both good and bad.

But increasingly, what we are observing within the social media space should make us worried about the propensity for negative rather than positive deployment of social media by politically-mobilised and incentivised social media activists.

Already, the social media troupes are in action.

They quickly mobilise to spontaneously attack persons expressing views that are opposed to the interest of their political parties. They can be vile in their attacks. To them, it's party interest first; national interest and, in fact, their personal interest, may not matter.

The ongoing social build-up by the two leading parties thus adds to the existing cocktail of toxic factors that needs to be effectively combated and countered to guarantee a credible and peaceful 2020 elections and to keep Ghana's democracy stable.

There is a need for robust fact-checking and timely exposure of fake news.

There must be intensive social media literacy interventions for the populace. Social media companies will need to take prompt actions on bots for fake news sites targeted at Ghana in the coming months.

And more importantly, there is a need to strengthen the capacity of traditional media and journalists to do fact-based reporting that enhances public trust and confidence in them and in the system.