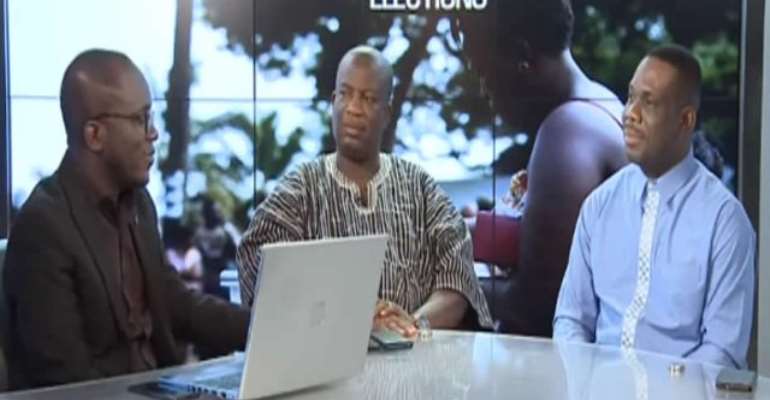 Dean of Studies and Research at the Institute of Local Government Studies (ILGS), Dr Eric Oduro Osae has called for peace and harmony amongst individuals at the local governance level.

Analysing the outcome of the just ended District Level Election on PM Express Tuesday, the law practitioner indicated that unity is the only way for progress and development to materialize at the grassroots level.

“When it comes to local level development, it is not about fighting, it is about joining of effort and unity to bring about development,” he said.

Ghanaians went to the polls on Tuesday, December 17, 2019, to elect their Assembly members and Unit Committee members except for Ekumfi Immuna electoral area where threats by residents forced the Electoral Commission (EC) to postpone their election indefinitely.

During the election, at least one person was stabbed at Salaga in the Savannah Region and a series of violence recorded in some parts of the country.

Dr Oduro Osae described these incidents as “disappointing” adding that it must be handled at its early stages before it becomes uncontrollable which may cause problems for the country.

“It starts on a small scale like this and it is not managed, then it begins to grow.

The Dean of Studies and Research, ILGS noted that everyone has a role to play in growing their various electoral areas and must not sort to violence as solutions.

He stressed that “Local government system is the unit that brings development to the people. In fact, both winners and losers need to come together in order to bring about development

“So whether you lose or win, you have a role to play in society.”

Commenting on the low turnout of the election, Director of Electoral Services with the Electoral Commission attributed it to ignorance.

Dr Serebour Quaicoe was of the view that a chunk of Ghanaians do not know the importance and roles of district-level governance and often than not disregard it.

“If I know that I am electing somebody as my Unit Committee person and he has this role to play that will benefit me, then I will put the right person there and hold the person accountable and responsible for their action and inactions,” he explained.