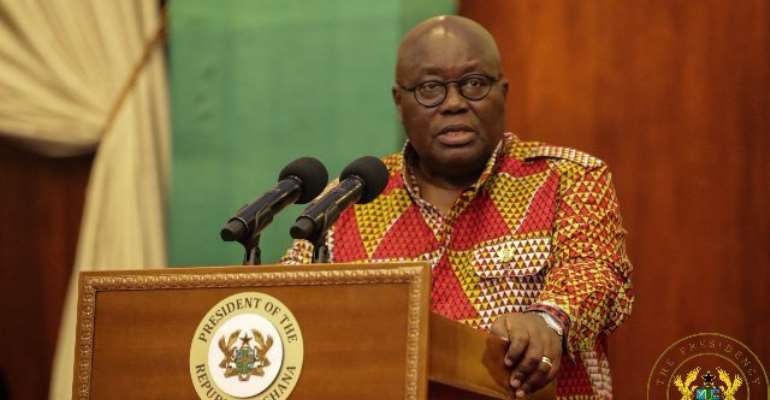 President Akufo-Addo said his government has taken decisive measures to strengthen the intelligence of the security agencies to safeguard the country’s borders and ward off any terrorist attacks.

In that regard, he said his government conveyed a meeting of the security intelligence agencies from Cote d’Ivoire, Benin, Burkina Faso and Togo, known as the “Accra Initiative” to strategise on the way forward.

He said the security agencies of the aforementioned countries have since been meeting regularly to share intelligence information to deal decisively with the terrorist infiltration in the Saharian region, Gbcghanaonline.com reports.

President Akufo-Addo said this during a media encounter with senior journalists at the Banquet Hall of the Jubilee House, the Seat of the Presidency, in Accra.

The media encounter, the fourth in the series since assuming office, enabled the President to account for his three-year stewardship to Ghanaians and solicit feedback to improve the various flagship policies and programmes implemented so far.

President Akufo-Addo said government deployed security personnel to the northern and north east parts of the country this year to strengthen the borders so that the terrorist infractions taking place in Burkina Faso do not trickle down here.

The President spoke on issues on the economy, governance, health, education and security, and also explained some of the critical decisions his government took during the period under review.

The media encounter afforded journalists the opportunity to ask the President questions pertaining to the management of the economy.

Currently, 1.2 million students are benefitting from the FSHS Policy, thus, giving hope to thousands of children who would have stayed home if the policy had not been implemented, he said.