How Deep Is Schism In Our Time? 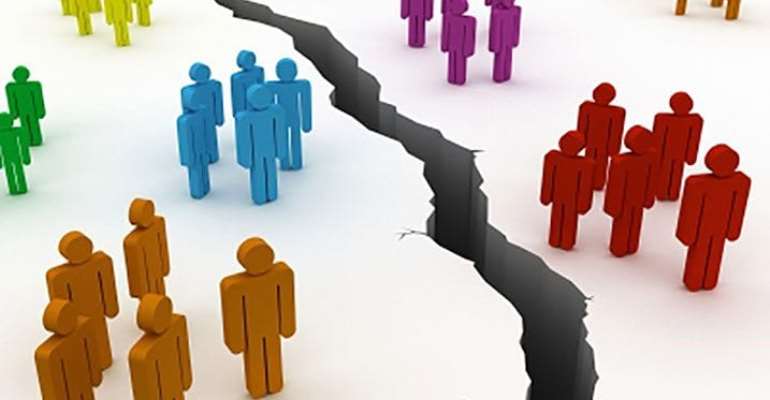 Unity we stand divided we fall, they say. I grew up with this mantra and I’ve imbibed every detail of its essence and philosophical implication.

Unity has several symbolisms but the one that’s stuck with me over the years is the broom.

The broom is commonly used to sweeping dirt and cleaning stuff.

Apart from its symbolism it also has cultural dimension.

The Metis people of Canada have a broom dancing tradition. The dancing exhibition draws people from all walks of life to show off their skills. It’s fun to watch.

‘Jumping the broom’ is a wedding tradition that originated in marriages of slaves in the United States in the 19th century.

And it appears every African child growing up is handed this wise saying:

“It’s much easier to break a stick fiber than the whole bunch."

The broom is a symbol which underpins the necessity for humanity to live in oneness rather than being divided.

Unity is important. Unity is indispensable and unity is the bedrock of nations’ growth and their survivability.

Our Lord Jesus encapsulated that in the synoptic gospels during his ministry:

How deep is schism?

But it seems today’s world is doing the opposite. The walls between humans have increasingly become stronger than concrete walls with barbed wires built at our nations’ borders.

We tear down artificial walls, build and solidify human walls, leaving in its trail---- tribal wars, sectarian wars, ethnic wars and wars between/ among nations.

When the Berlin wall in Germany came down in 1990, the whole world celebrated it. That wall divided Berlin from 1961 to 1989 constructed by German Democratic Republic (GDR). And since the collapse the east and the west have been living together resulting --a stronger Germany in terms of economic growth.

And how easy it is to tear down artificial walls…Our society has failed to forge unity among ourselves. As division is painstakingly sowing the seeds of hatred, enmity, selfishness, cruelty, malice, wickedness, terror, confusion, rancor, racism, sectarianism, cronyism, nepotism etc.

Brothers and sisters have become enemies. The common phrase now is---Friends today enemies tomorrow. No one cares about nobody. And nobody dares to care.

Everything seems to be affected by the trending disease. Nobody seems to see eye to eye with the other.

There are social walls, cultural walls, walls of colour and walls of class. There are walls of ideology, personality walls, race walls, and faith walls. There are black and black walls, walls between Latinos and Latina, walls in marriage, walls even in churches. May the Lord have mercy on us.