Congo appeals for help after 150,000 hit by floods 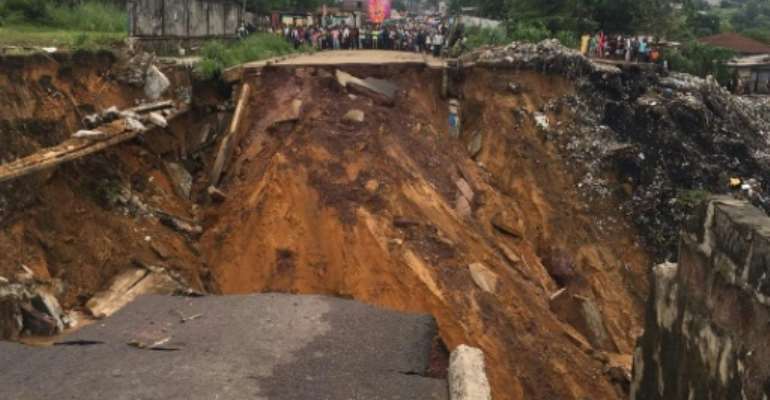 More than 40 people were killed after torrential rains caused landslides and led to rivers bursting their banks. By Manu Kalombo (AFP)

The Republic of Congo on Tuesday appealed for help after 150,000 people in the north of the country were hit by rains that flooded homes, destroyed fields and swept away cattle.

President Denis Sassou Nguesso issued an "urgent appeal to the international community" to help provide "a more effective response to the humanitarian situation which has arisen".

Sassou Nguesso, who made the call in his annual state-of-the-nation speech to parliament, blamed "climatic disruption" for the disaster.

He expressed solidarity with the populations hit by flooding and landslides, blaming "climatic disturbances which, more than ever, represent a real planetary challenge".

More than 40 people have died since October, with torrential rains causing landslides and leading to rivers bursting their banks.

While seeking international aid, Sassou Nguesso assured his government would take all possible measures to assist those affected.

The flooding has badly affected people living on the banks of the Congo and one of its tributaries, the Ubangi.

The European Union (EU) on Monday announced humanitarian aid of one million euros ($1.12 million), which will be shared with the neighbouring Democratic Republic of Congo (DRC), which has also been hit.

Last month, the president decreed "a state of natural disaster and humanitarian emergency" due to flooding which is hitting farms and leading to an increase in some diseases.