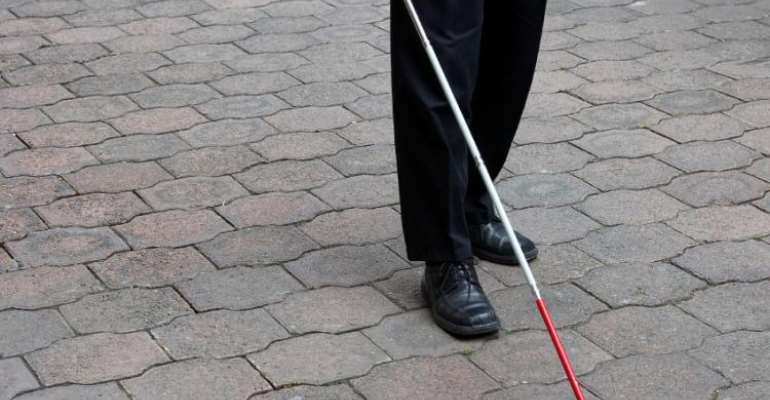 Officials of the Electoral Commission (EC) at the ‘Sacred Heart A’ polling centre in the Sunyani Municipality of the Bono Region reportedly prevented a visually impaired person from casting his ballot.

Information gathered by Citi News suggested that he was barred from voting though he had gone through the required voting process and had been verified.

The Presiding Officer for the centre is alleged to have prevented him from voting because he was not consulted before he was brought to the centre to be assisted to vote.

Though EC officials declined to speak on the matter, the visually impaired voter, John Kwame Arhin narrated his side of the story.

“I called on one of my colleagues to go and help me vote. So when we got to the centre, we were able to to go through all the processes. I was verified and given the ballot paper to go and vote. Unexpectedly, one gentleman came and said, he will not allow us to vote arguing that the person assisting me has no rights to enable me to vote. I cannot see, how do I even identify the names of the people on the ballot paper and vote.”

“I explained things to him but he insisted that he will not allow me to vote. He maintained that we had to see the Presiding Officer. I asked him to take us to the Presiding Officer but he said because of what we have done, he is calling the police to arrest us”, he lamented.

Persons With Disability at polls

Ahead of the elections, the EC assured that persons with disability will not be allowed to join long queues at the various centres.

The Coalition of Domestic Election Observers (CODEO) has given a generally favorable initial assessment of the District Assembly and Unit Committee elections held today .

In its midday situational statement, it, however, noted that there were some logistics challenges at about half of the polling stations visited.

The polls at the Sokpayiri electoral area in the Wa municipality of the Upper Region were canceled because the officials did not have ballot paper s .

Aside from this, CODEO's assessments of procedure were positive.