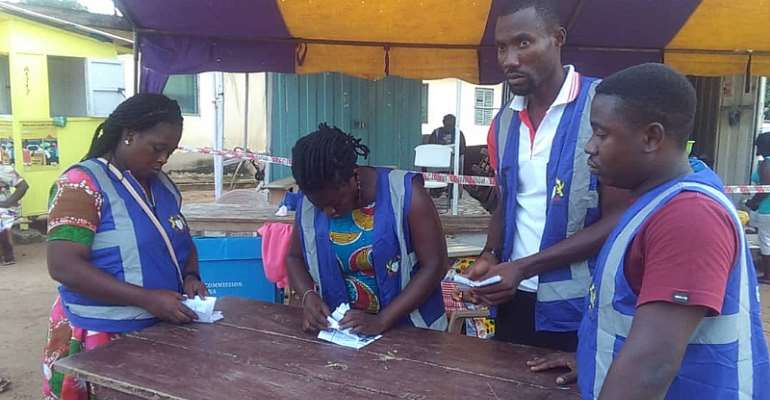 The Coalition of Domestic Election Observers (CODEO) has given a generally favorable initial assessment of the District Assembly and Unit Committee elections held today Tuesday .

In its midday situational statement, it however noted that there were some logistics challenges at about half of the polling stations visited.

The polls at the Sokpayiri electoral area in the Wa municipality of the Upper Region were canceled because the officials did not have ballot paper s.

Aside from this, CODEO’s assessments of procedure were positive.

CODEO observers also noted that 93.3 percent of polling stations were accessible to persons with disabilities and the elderly.

According to the Observer reports, 92.8 percent of the polling stations observed were also set up in a manner that ensured voters could mark their ballots in secret.