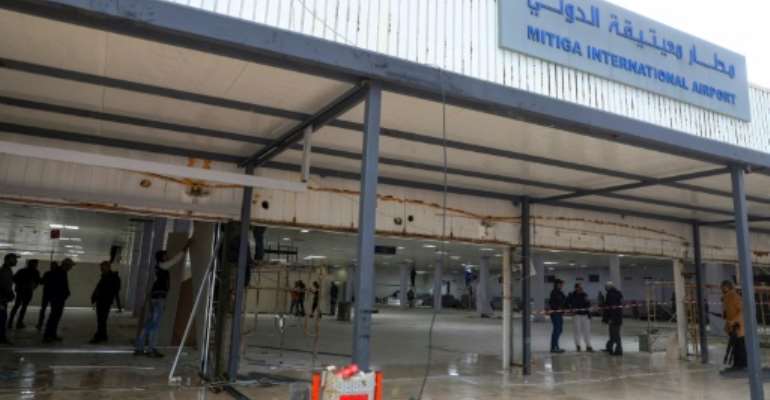 Rida Fhel el-Boum arrived at Mitiga International Airport, Tripoli's sole functioning airport, on Saturday and a press watchdog says he has been 'forcibly disappeared'. By - (AFP)

A Libyan press freedom group said Tuesday the arrest of a journalist at a Tripoli airport over the weekend amounted to "forced disappearance", while the UN called for him to be released or put on trial.

"We still don't know what he is accused of... we are pursuing contacts to uncover information surrounding his illegal detention," said Mohamad al-Najem, head of the Libyan Centre for Freedom of the Press.

The United Nations Support Mission in Libya (UNSMIL) said the journalist was "arrested and detained... by a Tripoli-based armed group... after arriving from Tunis."

Boum should be released "without delay" or appear "in front of a judicial authority", the mission said in a statement.

The interior ministry at the Government of National Accord, based in Tripoli and recognised by the UN, denied any involvement in the arrest.

Boum was arrested by the intelligence services, an independent organ, according to a ministry statement.

The ministry said it had requested "explanations" from the intelligence services on the reasons for the "unacceptable" arrest.

Libya has been mired in chaos since a NATO-backed uprising in 2011 that overthrew and killed dictator Moamer Kadhafi.